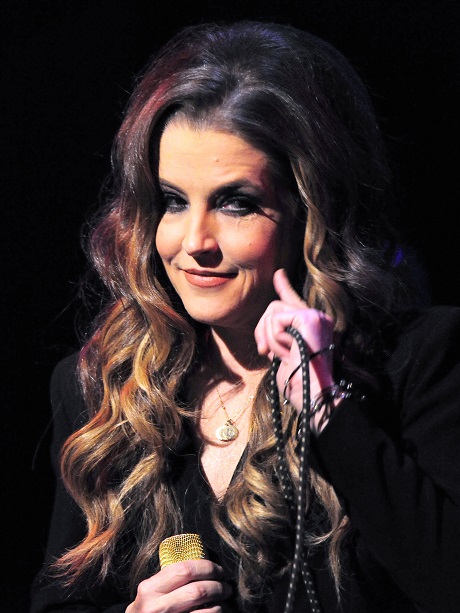 Lisa Marie Presley has made a name for herself as Elvis Presley’s daughter, but we might have been misled about the truth on that one. According to the National Enquirer, there are ‘shocking court charges‘ that allege that Lisa is NOT Elvis’ daughter.

There have been plenty of conspiracy theories about this in the past, with some even stating that Elvis’ real daughter was whisked away into secrecy after his death. But come on, really? I’m almost certain that DNA tests were conducted before Elvis’ estate was passed down to his daughter. Besides, Lisa grew up in the public eye and if she’s not Elvis’ daughter, people would have noticed. What, does the Enquirer think someone came in the middle of the night and took away Elvis’ daughter and replaced her with someone else, and nobody noticed? Children don’t look THAT much alike, you know.

That just shows – even so many years after his death, Elvis is still considered such a seminal figure in our history. His name is iconic, and it’s understandable that it would carry a certain amount of intrigue and conspiracy theories surrounding his death. I’ve heard everything from murder to cover-ups concerning his death, which would also explain why people are constantly suggesting that Lisa Marie Presely is a fake. But, unfortunately, I don’t think we’re going to get an Anastasia search for Elvis’ real daughter, only because Lisa is Elvis’ real daughter.

What do you guys think? Do you believe that there’s a secret daughter out there somewhere that nobody knows about? Let us know your thoughts in the comments below.