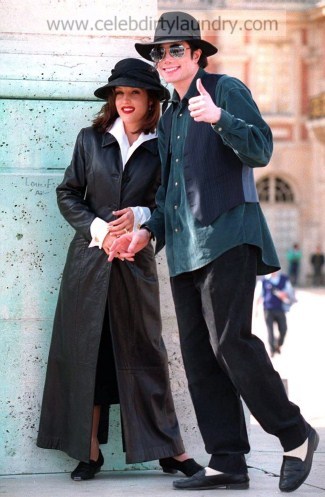 Lisa Marie Presley who was married to Michael Jackson "The King Of Pop" recently visited his tomb at Forest Lawn.  Lisa feels that the few flowers and candles at Michael’s tomb are not sufficient.  Lisa posted the following on her MySpace.

While visiting him a few days ago at Forest Lawn , Riley and I couldn’t help but notice that , while there are a few bouquets , candles and gifts there is a very large empty space around him and in front of him that could use a whole lot more.  While , I am sure that the staff at The Holy Terrace do their very best to place what is sent and what is placed at the door at his tomb , I thought you might like to know that he would want and deserves more than what is there and I had an idea…….

Some may or may not know this but his favorite flower was the Sunflower.   They made him happy because they looked happy to him , Thus, he called them "The Happy Flower".   When we were married , I would try and fill up rooms with them wherever he was.   I wanted to bring something to place near him that he liked and that wouldn’t die so I brought a large vase of silk sunflowers and placed them near him.   This barely made any kind of dent in the atmosphere so I thought of maybe letting those who care know what the situation is and how we can solve it.

I know how much he loved and appreciated being showered with Gifts and flowers by his fans , I thought if whoever wants to bought just one silk sunflower each and sent it , the whole area around him and in front of him (As well as the two large empty vases that sit on either side of him) could be filled up in no time , which would be much more appropriate than what the current status is right now.

There are two Forest Lawns in LA which is confusing,
Below is the correct address to send them to: