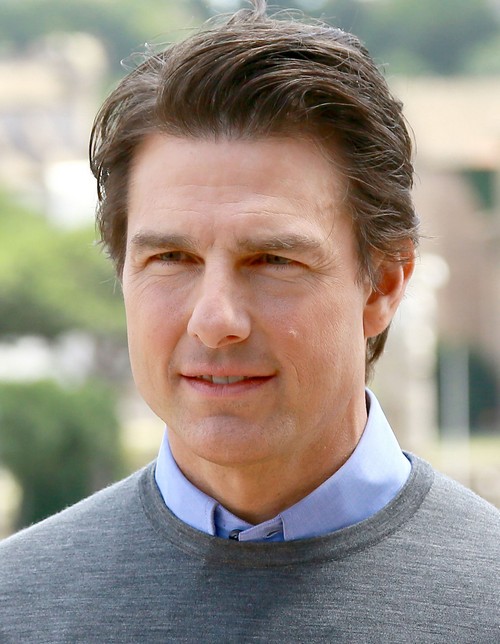 Tom Cruise‘s Edge of Tomorrow is getting extremely strong reviews, both for the performances and the story. It’s a surprise to anyone who’s watched the last couple of Tom’s films [most notably Rock of Ages and Oblivion], which were, to put it kindly, a bunch of turds.

However, it looks like the filmmakers have genuinely pulled it off with this film, and the credit also goes to Tom’s co-lead, Emily Blunt. Blunt’s been hovering on the brink of a breakout for a long time now, ever since she shot to attention with The Devil Wears Prada. However, she’s also been embroiled in a minor controversy while promoting this film, and it’s not one she can wriggle out of using her charm.

In an interview with the Telegraph, Emily is asked about her comments on Tom Cruise movies in the past – specifically, when Emily stated in an interview a few years ago that she would rather do ‘badly paid theater for the rest of her life than ever accept a role as a spear carrier in a Tom Cruise movie.’

Ouch. But when the Telegraph journalist tells Emily of this fact, she immediately tries to backtrack, saying, “I never said that! What an awful thing to say.” Of course, there is proof that she did say this, and when the journalist pulls out the old clipping of the interview, she laughs and adds, “That is so funny. Well, at least I’m not a spear carrier.”

Yeah, nice try, Emily. I mean, most actors and actresses do jobs that they regret at some point, and it’s not exactly like she was in a position to turn down a lead role in a Tom Cruise movie, you know? But it’s a nigh bit hypocritical to be criticizing the very actor that you’re working alongside, no matter how good this film is. Sure, we’ve all criticized Tom’s movies, but we’re not the ones who are making millions to work with him. Maybe Emily should think before speaking next time? I don’t expect her to have foresight on who she’s going to end up working with in a few years, but it’s just common courtesy not to diss other actors and their films – especially when it’s not like her own filmography is perfect.