Emma Watson Breaks Up with Longtime Boyfriend Will Adamowicz! 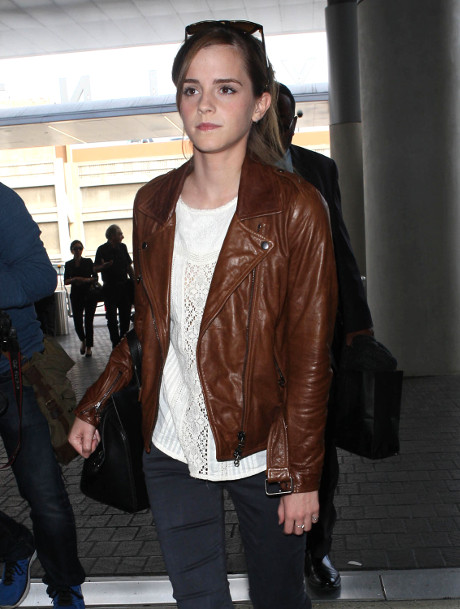 Emma Watson has officially called it quits with her longtime boyfriend, Will Adamowicz, with whom she was together for a few years. The couple reportedly met back in 2011 at Oxford University. Apparently, Emma and Will broke it off this past summer. How’d it take everyone so long to hear this news! If the reports are to be believed (and they should be granted Emma’s reps have confirmed the split), then Emma is single and ready to mingle. But being back on the dating scene has Emma a bit nervous, as she admits she’s never been very good at the whole “dating game.”

“I’m a terrible game player,” she said in a past interview with Seventeen Magazine. “I’m so impatient – it’s one of my worst traits! If I want to see someone, I want to see them, and if I don’t, then I don’t. My friends are always telling me I have to play hard to get because I’ll pretty much say to a guy, ‘I like you – let’s go hang out’. It’s a nightmare. I definitely haven’t figured out [how to play hard-to-get] yet.”

“Emma and Will separated last summer and are no longer in touch,” Emma’s reps confirm. Does this mean that Emma is ready to find herself a new man or do you think she’ll take some time to focus on her career and grueling schedule, one of the supposed reasons why she broke up with him in the first place?

If you want to play matchmaker, leave the name of who you think Emma would be great with in the comments section below!