Erin Andrews Hired As Dancing With The Stars Co-Host To Replace Fired Brooke Burke: Was This Switch Premeditated? 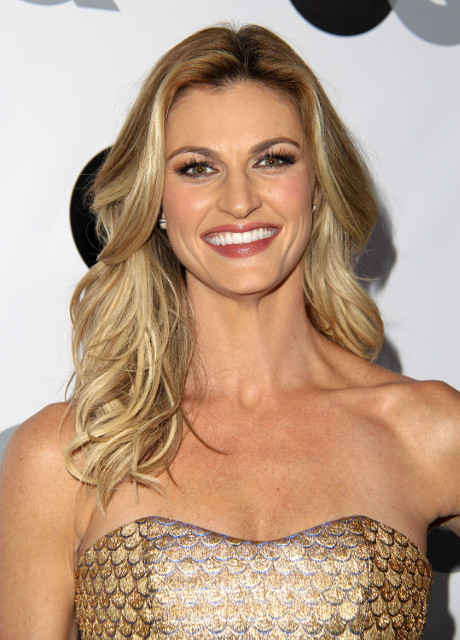 Erin Andrews will be replacing the recently-fired Brooke Burke as co-host of Dancing with the Stars. Well, ABC certainly didn’t waste their time with that one, did they? They fired Burke without giving her any sort of advance notice, and then they hired Erin just a few days later. That sounds like premeditated planning, which means that ABC’s been getting ready for this switcheroo for a while.

Brooke had been co-hosting the show with Tom Bergeron since 2010, and it’s not really a hundred percent clear why she was fired. She seems to be taking the decision as well as can be expected, tweeting, “Thanks for all the love & support. I loved my time in the ballroom & I’ll love my next chapter too. Change is positive. Love you guys!” However, she does seem unclear on the exact reasons for her firing, or at least, she’s pretending like she doesn’t know.

I really hope it’s not something to do with her age and looks, which would make it doubly horrible considering that Tom is 58 and still thriving. Plus, replacing Burke with Andrews seems like an attempt to appeal to the younger generation, but really, how much of the age group that they’re targeting needs convincing to watch Dancing with the Stars?

A rep for Dancing with the Stars has yet to comment on Andrews’s hiring, claiming that all these rumors are just that – rumors. But considering that Andrews is already quite familiar with the show, having competed with Maksim Chmerkovskiy on Season 10 as a contestant, it’s likely that this ‘rumor’ is pretty accurate.

What do you guys think of the decision to hire Andrews? Do you think she’ll make a better host than Brooke Burke? Let us know your thoughts in the comments below.