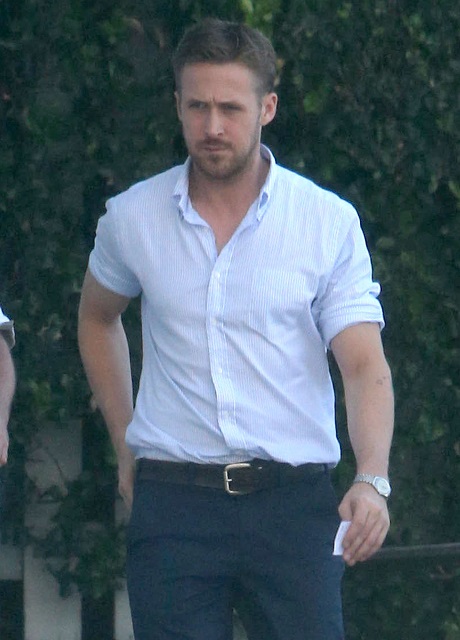 Don’t you kind of get the feeling that Ryan Gosling was the last person to learn that Eva Mendes was carrying his child? Obviously, she did a great job of keeping it secret and somehow no one really realized that she had disappeared from the public eye — until she resurfaced with a bump and an announcement. Ryan and Eva first hooked up back in 2011 and were rumored to have split up earlier this year.

Apparently, Ryan wanted a more traditional relationship, but Eva saw no real reason to marry so they went their separate ways. Friends close to the actor have insinuated that Eva may have purposely gotten herself pregnant to hold onto her man, or at the very least reel him back in to her. If this is true, well, then it has worked. According to the Aug. 18th print edition of Star Magazine, the couple has reunited and is in therapy together.

Ryan still would like to marry Eva, and she is now seriously contemplating it so that they can be a completely united family with their little one. They are also both freaked out at the thought of becoming parents. Neither Ryan nor Eva feels ready to be fully responsible for another person and they are using their therapist to try and work through all of their parenting fears as well.

What are your thoughts on Ryan and Eva? Was her pregnancy a really badly timed mistake or was it a purposeful way to force them back together? Would Eva have stooped that low and, if so, do you think that Ryan really wants to be married to her? Tell us your thoughts in the comments below!