Ryan Gosling Secretly Engaged To Eva Mendes – Will They Appear Together At Cannes Film Festival? 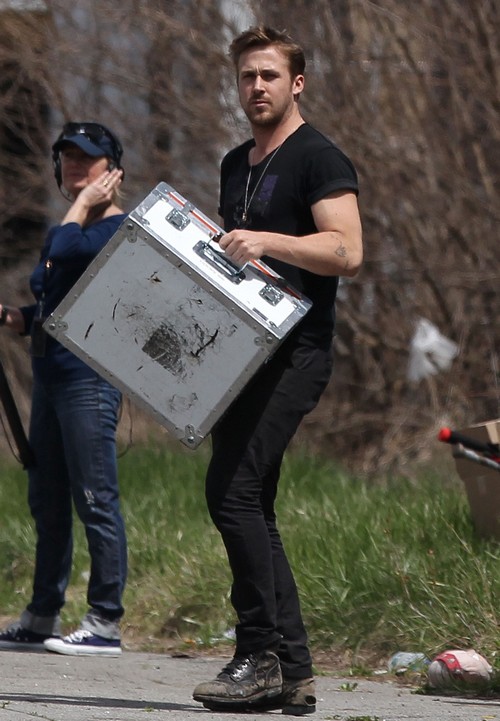 Even though most of Ryan Gosling‘s fans want to see their idol single, it looks like he and longtime girlfriend Eva Mendes might be secretly engaged.

Despite breakup rumors surrounding the couple, Eva and Ryan have both been spotted together recently. Sources have also denied rumors of the couple fighting or breaking up, instead reassuring everyone that Ryan and Eva are stronger than ever. Apparently, they’re just trying to stay out of the limelight, which is why everyone thinks they’ve broken up. However, since neither one of them had any projects to promote or film recently, they’ve managed to stay off the public’s radar very easily – so much so that Ryan Gosling’s whereabouts have become the subject of mass Internet interest. People even started playing ‘Where in the World is Ryan Gosling?’, which will soon be solved at the 2014 Cannes film Festival.

Ryan and Eva are both scheduled to attend since Ryan’s directorial debut, Lost River, will be screening at the festival. Eva’s part of the cast, so of course she’ll be there to support her director and to a lesser degree, her boyfriend. But will the couple go public with their rumored engagement? I imagine it would be difficult to hide a massive engagement ring while being photographed by the press in every angle possible, but then again, it’s unlikely she’ll even wear a ring. If the duo are engaged, then they’ll probably attempt to keep it a secret for as long as humanly possible. Both of them are notorious for hating the press attention, and even with Ryan having to promote his new movie, I don’t think he’ll be amenable to opening up about his personal life all that much.

What do you guys think? Are Ryan and Eva engaged? Let us know your thoughts in the comments below.

Hollywood heartthrob Ryan Gosling does some heavy lifting in addition to his directing duties while on the set of his new film “How To Catch A Monster” on May 3, 2013 in Detroit, Michigan.