Eva Mendes And Ryan Gosling Break Up and Split Because Eva Is A Famewhore? 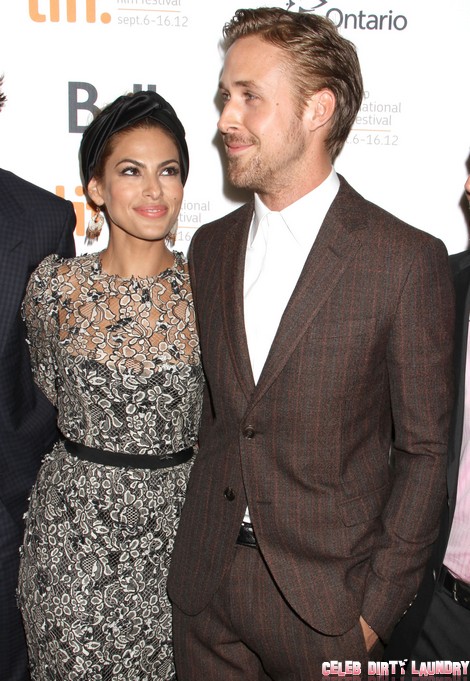 Eva Mendes and Ryan Gosling met in 2011 and have been dating steadily since then, leading to rumors that the couple was planning on getting married and having babies. However, it seems the couple may have split over the holidays, if the recent slate of reports is accurate.

According to the latest report from In Touch Weekly, the main cause of Ryan’s split with Eva was because he was low-key and she wanted a bit more attention and fame; a.k.a. Eva was a massive famewhore, and Ryan didn’t want anything more to do with her.

A source tells In Touch, “There is no ill will. Eva loves Hollywood, the parties, the glamour — she loves going out. Ryan on the other hand is introverted — very serious and a total homebody.”

The source also adds that even though the couple formally broke up over the holidays, they’ve been having issues throughout the fall. The source explains, “They both knew it was time to take the next step and get married. But neither was sure they wanted that to happen.”

Ryan’s always been very open about wanting a marriage and children, whereas Eva’s admitted that she’s not ready yet for commitment or motherhood. That could have also been a major turning point in their relationship, with the famewhore part being the final straw. I doubt either one of them is too hung up on it, to be honest. They’re both gorgeous people that will move on fairly quick, although Eva’s tabloid career will probably take a hit. Let’s face it – no matter who she dates next, they won’t have the same star power as the Gos. But hey, maybe this will mean that Ryan will return to Rachel McAdams?