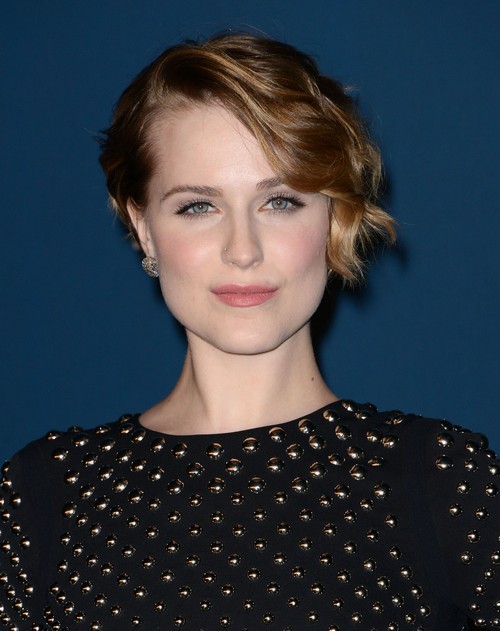 A source present at the Hammer Museum’s annual Gala in the Garden [taking place in LA] told Page Six, “Evan Rachel Wood arrived with Kate Moennig. They were holding hands and looked very much like a couple. They kept close all night.”

Evan Rachel Wood has never hidden the fact that she’s bisexual, and has been fairly open about her sexuality in interviews as well. Plus, Evan’s Twitter flirtation with Kate didn’t go unnoticed, with fans commenting on the relationship between the duo before they even went public. In February, Evan tweeted, “Just saw @katemoennig at a flea market. I turned to mush and ran. Love her!!” Katherine then replied [very quickly, might I add], “You should have said hi. :)”

There’s plenty of other Twitter conversations that hint to their budding relationship, but it seems that Evan’s romance with Kate has been a long time coming. Evan may have divorced Jamie in the spring, but she and Katherine have clearly been hanging out since then, if not before that. But seriously, no matter who she’s dating, we should all be thankful that Evan is not back with Marilyn Manson. Their relationship never made sense to me, and Evan’s subsequent relationship with Jamie Bell made a world of difference to her public image. But you know, she and Jamie were also in a serious relationship and had a kid together, so it seems like the Kate Moennig relationship might just be a rebound.