Evander Holyfield Gay Slurs – Says “Homosexuality is a Handicap – Can Be Fixed” – The Next Phil Robertson? 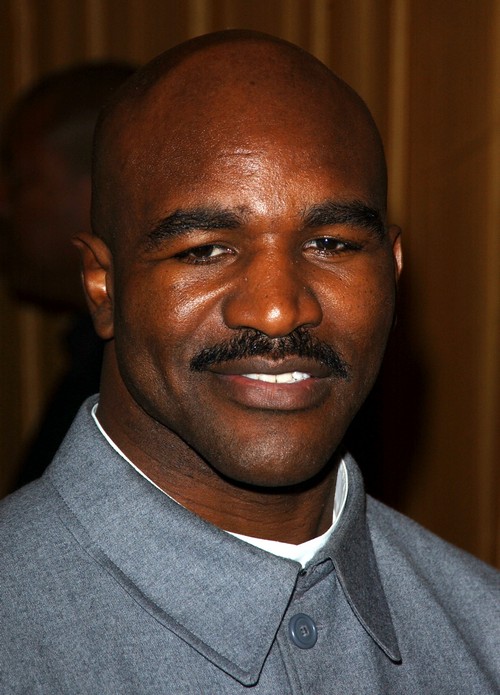 Maybe Mike Tyson bit off too much. Evander Holyfield came out with some outrageous claims during his stay with UK Celebrity Big Brother. Then again why should we be surprised. By this stage you would think we would have gotten used to offensive remarks coming out of “reality TV”. Most of the time these people specifically choose the most insulting things just so they can get more airtime. If that was Evander’s motivation then yeah for him. He’s won! After stating  “that being gay is no different than being handicapped … because a doctor can fix both”; I’m pretty sure GLAAD will be watching him like a hawk from now on.

Seriously after what happened to Phil Robertson when he made such charged statements; who would want to be next? There is an active community that don’t feel their lives should be demeaned. That is their right and their business. Leave it to them! Nonetheless to be fair the conversation only came up when Evander was asked by housemate Luisa Zissman about gay boxers in his former sport. He was the one that went off on the homosexuality is more like a handicap than a choice.

He is a religious man and that is his belief. Should he have shared it in that way? No, he could have chosen different wording in order to express himself. Yet he didn’t deserve to get taken to task. The moment the camera stopped rolling, Evander was taken in to see the producers. They were furious and reportedly “ripped” into him” . According to TMZ,’“BB” producers called Evander’s comments “inappropriate” because they “aren’t the views that are held by a large section of society.”‘ Wow! They wanted it to appear as if they found his comments offensive when in truth they were protecting their own ass. Does sound familiar or what?

It’s one thing to defend others and its quite another do it only when its convenient!