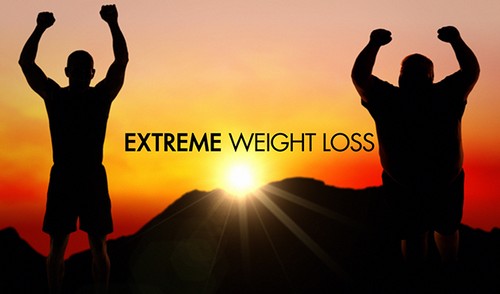 On the last episode Bruce turned to food for comfort after allegedly suffered mental and sexual abuse by his now-jailed father. In this episode, he took on the challenge of losing half his body weight and confronted the underlying issue behind his weight gain during his year-long transformation Did you watch the last episode? If you missed it we have a full and detailed recap, right here for you.

On tonight’s episode When Melissa’s military husband, Mike, returned from Afghanistan, he seemed to have become a different person. Later diagnosed with Post-Traumatic Stress Disorder (PTSD), he committed suicide in 2009, leaving behind Melissa and their two sons, one of whom has also been diagnosed with PTSD. In the years following Mike’s death, Melissa turned to food for comfort, eventually reaching 301 pounds. Last year, Melissa wrote to show trainer Chris Powell’s wife, Heidi Powell (also a trainer and transformation specialist), asking for help.

Tonight’s episode looks like it is going to be great and you won’t want to miss it, so be sure to tune in for our recap of ABC’s Extreme Weight Loss. While you wait for our recap hit the comments and let us know how you like the fourth season so far.

RECAP: On tonight’s episode of Extreme Weight Loss, a mother by the name of Melissa strives to lose weight in order to live a longer and healthier life with her children. After losing her husband Mike she sought to cope with her grief by turning to food. And now at the age of 46 she’s become overweight.

Melissa’s husband couldn’t and in the end didn’t deal with the things he saw while he was deployed and though she tried to help him – his PTSD just kept getting worse. Then one day five years ago he killed himself. And ever since it’s been hard on her kids accepting what their dad did. Melissa fully acknowledges that she wasn’t there for them as much as she could have been. She was dealing with her own grief then and that currently mixed in with her guilt has led her to gaining that much.

Melissa easily put on a hundred pounds when Mike died and now she’s reached out Heidi (who she can relate to more as a mom) to help her lose the weight and potentially get her life back on track. Melissa is starting out the weight loss challenge at 301 and the first thing she did upon learning her real weight was apologize to her children.

Prior to leaving for boot camp, Heidi asked Melissa to do something for her. She had noticed that other woman was still carrying around a lot of baggage so Heidi found a way to assist Melissa in letting go of her husband. She had yet to go through his stuff and with Heidi by her side she was finally able to do so.

Because of her weight, not only is she 301 but about 155 pounds of that is fat, Melissa was given the goal to lose 76 pounds or more by the end of three months of boot camp. Then on literally the first day of exercise she was in tears. She cried and flung herself at the nearby surface. All this dramatics even made Heidi wondered if Melissa was serious about losing weight.

Truthfully, Melissa tried to quit and Chris of all people was willing to back her which only made his own wife feel betrayed. Heidi thinks Chris shouldn’t have let Melissa have her way so easily. They both know if she quits then Melissa was going to fall right back into old habits. So she fought for Melissa to stay and Melissa did.

She made the occasionally trip back home to see her youngest but at no time she did lose her resolve. She just kept shrinking and shrinking while Heidi funnily enough kept growing. Heidi was pregnant during Melissa’s regiment so most likely had to slow down herself.

And then by the end of the first phase, Melissa learned she lost 79 pounds beating out her original goal weight!

Melissa returned home confident in her weight loss and her new makeover yet she did have to deal with a certain amount of stress. Chris and Heidi told her that maybe she should do a charity run in honor of Mike and though that’s a great idea – Melissa is the one that has to lose weight, train for the marathon, and then organized a marathon. Not to mention she still is a mom so hopefully nothing ends up being sacrificed to save time.

Luckily, nothing was pushed aside and Heidi manage to surprise Melissa by coming out to help her in the final days to the marathon. As for the actual day of the marathon, Chris arrived as well. He wanted to do the run with the ladies and he was with Melissa from start to finish. The first five miles was the easiest part. The next five however tested her. She was close to giving up and this time it was her community who came out to support her that pushed her to completing the race.

Finishing a marathon was something Melissa never could have envisioned for herself. Yet she did it and that gave her strength to keep going. The remainder of the 90 days was spent in her new at home gym and by the end of it Melissa came in at 182 thereby meeting her second goal to lose 40 pounds during the second phase.

Later Melissa was awarded a beautiful vacation to New Zealand for her and her family. And having fun on vacation along with meeting new man regrettably halted her progress. Like Heidi said she had grown comfortable. Perhaps starting a new relationship six months in was not the best idea but that is the happiest Melissa had felt in a long time.

Melissa was shown to have lost only 5 pounds during the third weigh-in. Heidi and Chris had to tell her that she shouldn’t push aside her exercise for someone else. Even the new boyfriend. She started this competition doing this in part for her children and mostly for herself – she has to remember that.
Despite her set-back, Melissa still qualified for excess skin removal. And as she was going into surgery that was also going to be the last Heidi got to see her before the final weigh-in.

The last stage of Extreme Weight Loss in the big reveal at the end. Melissa has to stand next to an old image of herself back when she was fat for the final weigh-in. It’s a before and after. But the most pressing concern will be if she comes at her goal weight. She failed to meet her goal during Phase Three – will Phase Four be any different?

Melissa’s goal weight was 165/164 and the final tally amounted to 159. Melissa lost 142 pounds since starting the program. And that’s why she wanted to give someone else a chance to lose the weight and gave her friend a scholarship to the boot camp. Because everyone deserves a chance to feel beautiful!