Farrah Abraham Lashes Out Against MTV For Firing Her From Season 5 Teen Mom Reboot! 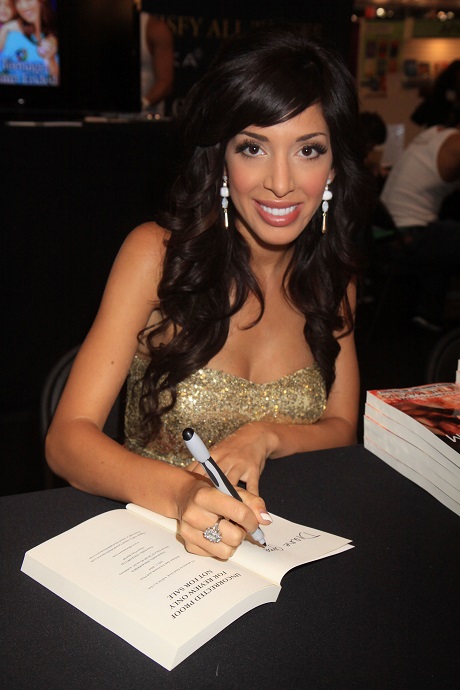 Farrah Abraham continues being delusional, which should really become her full-time job. Oh wait, I forgot — it already is. Reality star = delusional wannabe celebrity, and Farrah exemplifies that better than any other D-list celebrity.

According to reports, Farrah will not be featured in the Season 5 reboot of Teen Mom. Apparently, all of the other Teen Moms threatened to quit the reboot if Farrah wasn’t fired, and the network executives would rather have three teen moms than one.

Um, do these people even watch MTV? It’s the network that practically invented the mantra ‘sex sells’. First of all, they have a reality show called ‘Teen Mom’, for goodness sake — how puritanical are they going to get? Second of all, these Teen Moms seem to be under some delusions about who exactly is watching their show. It’s not people who would be easily influenced by a bunch of idiotic teenagers using their babies to become famous, I’ll tell you that much.

Either way, Farrah has been fired from Season 5 of Teen Mom and when asked about being left out of the fifth season [via The Huffington Post], Farrah replied, “At the end of the day, I would rather be the best mom.”

Burnnnn! For those of you who don’t speak reality star, that may have come off as a demure and professional statement. Never fear, we will translate the words into famewhore. What Farrah was really trying to say was, ‘Damn those b****! I’m more famous than them now, and I’m going to pretend not to care about this stupid show when I clearly do!’

It’s ok, Farrah. We heard you, loud and clear.