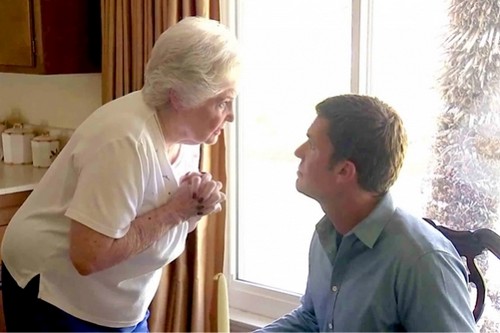 The really cool designer series FLIPPING OUT returns to Bravo tonight with a brand new episode. In “Road Trip”  Jeff takes on a quick design job in Arizona and brings the entire office on a road trip.

On the last episode Jeff prepared for Jenni’s impending maternity leave by hiring his friend Megan as his new design assistant. Jealous of Megan’s hire, Andy acted out, forcing Jenni to take up her role of Human Resources Director again. Meanwhile, Jeff helped an old friend redesign her home on a tight budget. Did you watch last week’s episode of FLIPPING OUT? If not then we have a full recap for you right here!

On tonight’s episode with several of his big budget clients on hold, Jeff takes on a quick design job in Arizona and brings the entire office on a road trip to tackle the task. Meanwhile, Zoila asserts her authority over the rest of the housekeeping staff.

Tonight is going to be a fun episode of Flipping Out that you won’t want to miss, so be sure to tune in for our live coverage of Bravo’s season 7 episode 3 of “Flipping Out” tonight at 9 PM EST! Meanwhile, while you wait for our recap hit the comments and let us know how excited you are about the new season of “Flipping Out”, so far!

With several of his big budget clients on hold, Jeff takes on a quick design job in Arizona and brings the entire office on a road trip to tackle the task. Meanwhile, Zoila asserts her authority over the rest of the housekeeping staff.

We begin at Grammercy and Jeff explains that Zoila was promoted to house manager and she has two employees working under her.

Jeff, Andrew, and Jenni are headed to Fullerton to Jeff’s grandma’s house. She is very outspoken and blatantly tells Jenni not to gain too much weight from the pregnancy. Grandma’s new dog is large and in charge…and is kicking Andrew’s ass outside while Jeff and Jenni talk with Grandma inside.

Back at Grammercy, Zoila is having a hard time in her new role because her staff is not too motivated and she is uncomfortable delegating work and telling them what to do. Jenni and Jeff meet with a very wealthy client and his wife to go furniture shopping to fill their home in Arizona with furniture that reflects the taste of the client’s new wife.

Later, Jeff calls a meeting with the house staff. Lupe and Zoila are not getting along with both feeling like they are getting no respect from the other. They don’t really make too much progress in the meeting and it seems tensions are still high.

Vanina, Jenni, and Jeff are headed out to finalize the deal at the furniture place, and they are talking about the team’s upcoming road trip to Arizona. Jenni won’t be there. Meanwhile, Jeff is comparing Jenni’s feet and legs to tree trunks.

Back at Grandma’s house, Jeff has hired a dog trainer for Lucy in hopes of taming her wild ways a bit. The trainer gets his hand slapped by Grandma Betty when he keeps talking to Jeff and Jenni about the dog’s issues and not directly to her. The dog has to leave for ten days for the intense training and Grandma is not happy. After the trainer leaves, she scolds Jeff and Jenni for talking for her. Jenni gets the brunt of it as Betty directs her anger at her and tells her to back off. Jenni apologizes and tries to explain that she only meant to help. The gang leaves shortly after and Jenni cries in the car.

Jeff, Vanina, Andrew, Megan, and Gage take off for Arizona, While Andrew is excited about the trip, he is disappointed that Megan is coming along. Vanina starts feeling queasy along the way from being in the back seat of the large van for too long. They finally reach their destination. They unload the truck with the many pieces of furniture they brought from the store. They are trying to place pieces in the rooms they were hired to design while the clients decide on what they like and what they don’t like. The team need to move quickly and switch out furniture in the rooms to give different looks so the clients have choices when deciding on the furniture and overall look for each room. While Andrew is lagging a bit, and didn’t quite do the job he was assigned (taking price tags off furniture), Jeff brings Megan in to help clean up Andrew’s mess, which ends up making him dislike her even more. After a long day, the client is happy and they relax with a drink outside. Nice evening, until Andrew drops his glass because there was a bug on it. Glass breaks everywhere.

Meanwhile Jenni and Zoila go to lunch so Jenni can get the update on the house staff. Zoila still does not like Lupe and says she needs to “take care of that bitch” when talking about how Lupe doesn’t like her. Lupe ends up not coming to work and Zoila tells Jeff Lupe quit upon his return from the road trip. She still has Maria to help, at least.

Back at Grandma’s once again, Lucy is back from the training camp but Betty is told that she would be better suited in a house with someone who can run with her and help her to use her energy. Betty, of course, is not having it. Jeff is conflicted because Betty loves the dog and it has helped her overcome depression, but he knows the dog is not safe for her since she’s caused his grandmother to fall once.

Back at Grammercy, the whole team is teasing Zoila about Lupe and how she seems to have mysteriously disappeared. Jenni tries to keep the peace and Zoila is annoyed by everyone.