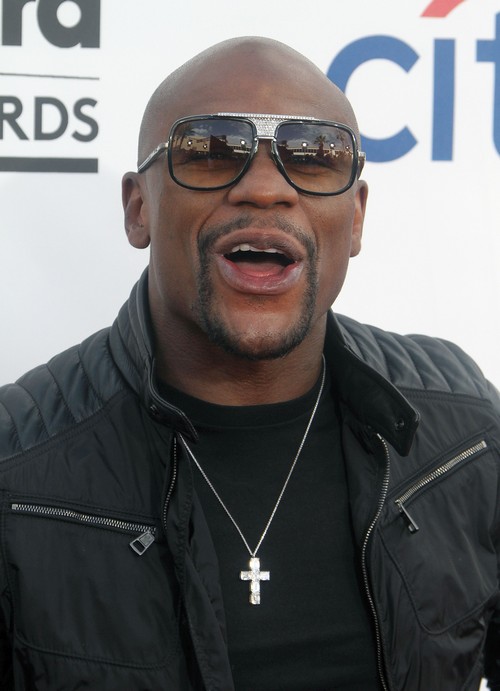 Floyd Mayweather and T.I. famously came to blows this past weekend over T.I.’s wife, Tameka ‘Tiny’ Cottle. Although Floyd claims that he and Tiny are just friends, T.I. clearly didn’t believe them – and now, sources are saying that he was right not to. Apparently, Floyd and Tameka may have been having an affair for some time now, but they’ve always managed to keep their cheating hidden from T.I.

Clearly, they weren’t as discreet as they thought they were, since T.I. soon found out about the situation and took his anger out on Floyd. Of course, the fact that Floyd and T.I. are supposedly friends probably had a lot to do with how betrayed and angry T.I. felt when he found out about the affair, but I can imagine that it must have been difficult for T.I. to accept.

Nobody wants to hear that their friend and their wife are having an affair, much less having an affair broadcast for the whole world to speculate on. Unfortunately, T.I. should have thought about that before he picked a public fight with Floyd at a Las Vegas strip, in full view of numerous eyewitnesses and bystanders.

Several sources also tried claiming that Floyd was ‘shocked‘ that T.I. would attack him on unfounded accusations, but it’s pretty obvious from the video footage that the fight wasn’t that surprising to either one of them. It’s not like either of them backed down, and in fact, Floyd actually screams at T.I., “Control your bi— motherf—–.”

Well, then. So much for Floyd claiming that he had nothing to do with T.I.’s wife huh?

What do you guys think about Floyd’s fight with T.I.? Do you believe that Floyd and Tameka were having an affair? Let us know your thoughts in the comments below.