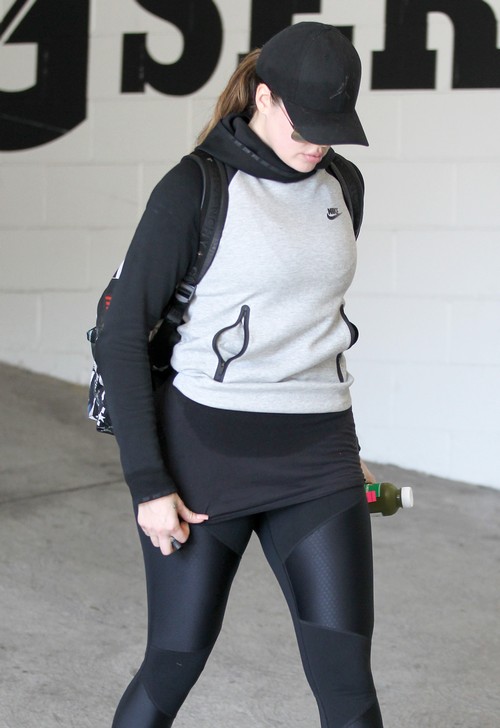 Dating and still married Khloe Kardashian and Lamar Odom are planning an attack on French Montana after his rude treatment of Khloe on Instagram. Lamar Odom versus French Montana, 2014 version – who’s in? They already had a little showdown at a club last year, where Lamar stalked Khloe Kardashian and tried to sneakily-but-not-really win her back. However, there weren’t any punches thrown, largely because Lamar didn’t get into the club and as such, couldn’t fight Lamar to prove his love for Khloe. But now that Khloe and French have broken up? He’s fair game, and French better watch out – Lamar’s coming for him.

See, Lamar and Khloe are on the verge of getting back together, and rumors have it that they are dating already, even if Khloe’s not sure that she can trust Lamar this time. But our sources are saying that Lamar Odom has nearly won Khloe over, and it’s only a matter of time before they’re officially back together. But there’s also the matter of Lamar defending Khloe’s honor, which has been brought into question by French.

Basically, French is angry and bitter that Khloe dumped him, and has decided to passive aggressively diss her using Instagram. He uploaded a photo of his group of friends, captioning the photo, “Happy hoes ain’t hating, and hating hoes ain’t happy.”

It looks like he’s hinting at a new song, and it’s more than likely he’ll be singing about Khloe Kardashian in that song. I mean, ‘hating hoes’? Could he be more obvious? We already know their breakup didn’t end well, and we know that Khloe dumped French for being too clingy and using her for her fame and money. But now that Khloe’s going around and calling her a ho, Khloe’s going to enlist Lamar Odom to come to her rescue – a.k.a. go beat French into pulp. Will he succeed? Um, have you seen the size of Lamar? French better go into hiding, or hire more of his thuggish acquaintances to come work as his bodyguards.