French Montana Hanging With Kylie and Kendall Jenner – Trying To Hook Up With Khloe Kardashian? 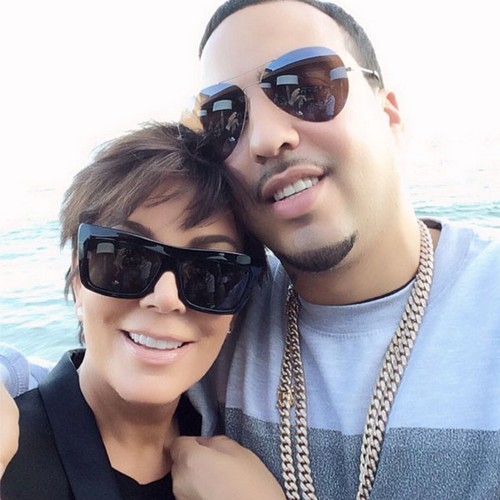 Khloe Kardashian dumped French Montana a month ago, but French hasn’t given up on his revenge and is now trying to hookup with Kendall Jenner or Kylie Jenner. After all, Kourtney Kardashian and Kim Kardashian are both taken, whereas Kendall and Kylie are not.

Also, French Montana isn’t stupid enough to try to bang Kendall or Kylie without offering them something first. He’s been partying with both Kendall and Kylie a few times over the past two weeks, and he was even photographed with Kendall at a party last weekend. Not only that, but he’s been acting as chauffeur for the sisters, picking up Kylie from the airport last week. I’m not really sure how Khloe Kardashian feels about her two youngest sisters hanging out with her ex-boyfriend this much, but one can imagine that she doesn’t feel great about it.

The reason that Khloe even dumped French Montana in the first place was because he was incredibly clingy and using her for her name and fame. Kendall and Kylie also have the same name and fame attached to their name, so French might have just moved his affections elsewhere. Plus, Kendall Jenner and Kylie Jenner have never shown an iota of affection or loyalty towards each other or their sisters.