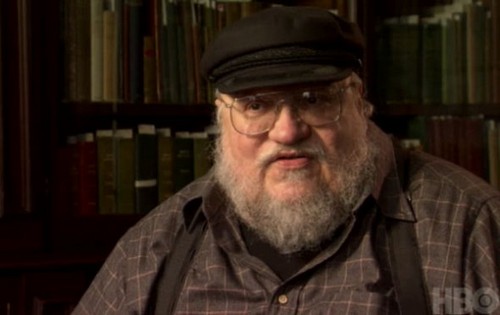 I think every Game of Thrones book fan has wondered at some point if George R. R. Martin, the king of trolling, is going to die before he finishes the series. The intervals between the release dates have gotten wider and wider as the books have gone on, and what was initially envisioned to be a trilogy has now stretched into seven books – with only five out! And George has even teased the idea of expanding the story even further, to fit into eight books! Basically, we’re going to move to another planet before George writes another book. Either that, or the show will reach the ending before him.

George R. R. Martin was recently interviewed by Hollywood Life in a Q&A session, and when asked about whether he knew the ending of the series, he replied, “Yes I do, since 1991. I have it.” He also explained [in a previous answer], “I began this series in 1991 … and I knew where I was going.” He makes sure to differentiate the books from the television show, but also adds that he feels the pressure now that the show is catching up to him.

Uh, catching up? Dude, the show has already surpassed you in several areas, including the freaking reveal of the Night’s King! Seriously, he may know the ending of the show, but he’s taking his own sweet time getting there. And instead of condensing the storylines and getting on with the important characters, he keeps adding more and more secondary characters until it becomes a goddamn slog to get through the books. They’re filled with so much detail that they could be a historical reference to medieval times, not a fantasy epic.

Do you guys think that the show will beat the books in getting to the ending? Let us know your thoughts in the comments below.