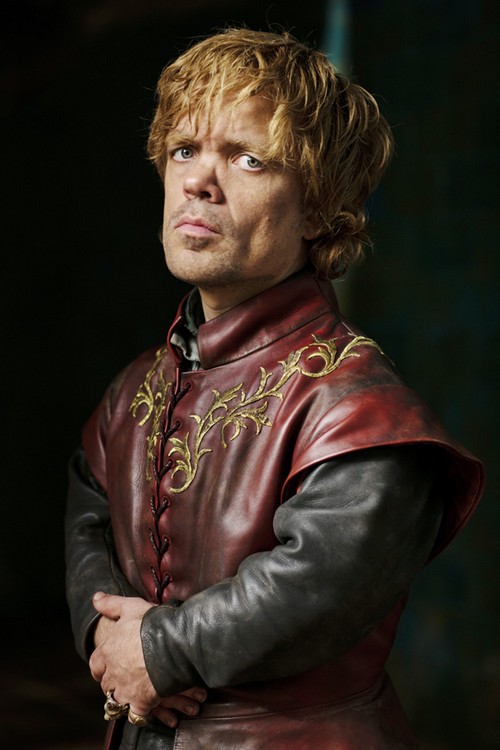 In Season 5 of Game of Thrones, spoilers from the novels indicate that Tyrion Lannister [Peter Dinklage] is going to play a major part in uniting the stories of Essos and Westeros. Tyrion Lannister’s story came to an abrupt and unexpected confrontation in the fourth season finale of Game of Thrones, with Tyrion killing both his former lover, Shae [Sibel Kekilli], and his father, Tywin Lannister [Charles Dance]. Even though his brother, Jaime Lannister, set him free, I don’t think anyone [who hasn’t read the books] expected Tyrion to do something so drastic. But years and years of being put down and humiliated by his father, not to mention being sentenced to die, lit a fire in him. Plus, there was the whole thing of seeing Shae in Tywin’s bed, which I’m sure caused Tyrion to finally go over the edge.

So what next? Tyrion’s boarded a ship that’s headed to Pentos. Tyrion lands up at the house of Illyrio Mopatis, which is where Daenerys Targaryen [Emilia Clarke] and Viserys Targaryen [Harry Lloyd] were staying, way back in the pilot. Tyrion is sent to Dany by Illyrio, who figures that Tyrion’s expertise and hatred of his family will help Dany. However, Tyrion’s travel companions end up being a surprise: one is an exiled former hand of the king [to the ‘mad king’ Aerys], and the other is Aegon Targareyn, Dany’s long-lost supposedly-dead cousin and Rhaegar’s long-lost supposedly dead son. And guess what? He also ‘technically’ has more claim to the throne than Dany does, if he actually is who he says he is, of course.

So Tyrion’s on his way to Dany, wondering if he should throw his support behind this Aegon fellow instead. However, the three of them stop in the city of Volantis while journeying east, and who should Tyrion bump into there but Jorah Mormont [Iain Glen]. Jorah ‘captures’ Tyrion to take him to Dany, in an effort to atone for his sins. However, Jorah and Tyrion are both in turn captured and sold into slavery [getting separated from Aegon in the process]. Tyrion and Jorah eventually make it to Meereen as their master dies, but unfortunately, they’ve arrived just as Meereen and the Yunkai are about to go to war. They manage to flee to the Second Sons, but we can’t help but wonder if the show will make Tyrion’s meeting with Dany come a lot sooner than that.

Whatever happens, we already know that Peter Dinklage will turn in another solid performance. The guy is so perfect as Tyrion Lannister, I can’t imagine anyone else playing him. Plus, he’s sure to get nominated [and win] some more awards, including a possible Emmy this year.