Game of Thrones Season 5 Spoilers: The Sand Snakes Have Finally Been Cast! 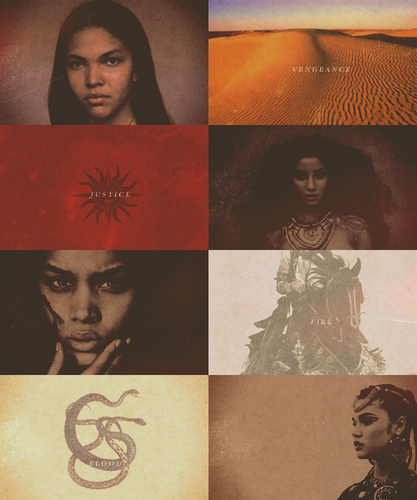 It’s Game of Thrones casting news time, and we have some for you: the Sand Snakes have finally been cast! It’s about time, and I’m just happy that we didn’t see any of those people from those atrocious audition tapes get chosen.

Instead, we now have Oscar winning actress Keisha Castle-Hughes playing Obara Sand, probably one of the most high-profile additions to the show next season. As fans of the books know, Obara is our dearly departed Oberyn Martell’s [Pedro Pascal] illegitimate daughter. Out of all the Sand Snakes, she’s definitely playing one of the most important characters and the one that requires the most talented actress in the role. As such, it’s good the producers went with actual acting talent instead of internet buzz.

Then, we also have Rosabell Laurenti Sellers as Tyene Sand, and Jessica Henwick as Nymeria Sand. Plus, we have Oberyn’s elder brother, Doran Martell, making an appearance next season as well, with Alexander Siddig playing the role. Although Oberyn came in his stead for Joffrey’s wedding during this season, the *actual* prince of Dorne will be making an appearance during Season 5 and he’ll be out for blood thanks to his brother’s untimely death. In the books, Doran deals with a bad case of gout which tends to keep him close to home, although he keeps his condition hidden from the rest of the world and sends his family out on official royal business. Bet he’s regretting not going to Joffrey’s wedding now, huh?

There are several more, minor casting additions to the fifth season, but these are the ones that will take up the majority of the screen time. Dorne will be taking a big chunk of the story next season, with Jaime Lannister [Nikolaj Coster-Waldau] going to Dorne to keep an eye out on Myrcella on Cersei’s behalf.