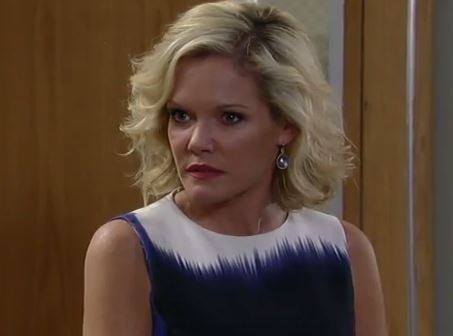 The war between the Corinthos and Jerome Families has been a key storyline for many years on the daytime soap opera General Hospital. Over the last few weeks the Mob War in Port Charles has really been heating up; between Connie’s death, Ava selling out her own brother Julian, and Sonny discovering Julian is being bankrolled by a secret king pin, it really is anyone’s guess where the chips may fall. Who do you think is the best mob leader in Port Charles right now?

Sonny Corinthos is a powerful man, but he is also a smart man. He may not be as bold and heartless as Ava, or have a secret kingpin to fuel money into his organization like Julian, but he has something that Ava and Julian don’t have, patience and wisdom. Sonny carefully calculates his next move and considers all of his options and the potential risks he is taking.

Julian Jerome has lost his mojo recently, and it really is hard to consider him the best mob leader in town right now. When he first reemerged in Port Charles, he and Ava had big plans to regain their family empire. Unfortunately, Julian quickly got caught up in getting to know his long-lost children Sam and Lucas, and attempting to rekindle an old flame he had with Alexis. Julian may still have a few tricks up his sleeve though, after all he has a secret kingpin bankrolling his organization, and he may just have a secret partnership with Ric Lansing.

Ava Jerome is a heart-less murderer, and it seems that she will stop at nothing when it comes to getting her way. She shot Connie in cold-blood, framed AJ, seduced Morgan, and sold out her own brother Julian. But, Connie also lacks two things that would make a good mob leader, loyalty, and wisdom. Sonny will always be two steps ahead of Ava because he knows how to make smart calculated moves. And, Julian will be two steps ahead of Ava because at the end of the day he has family and business partners that he hasn’t screwed over and will have his back.

So, General Hospital fans, who do you think is the best mob leader in Port Charles? Ava, Julian, or Sonny? Share your thoughts in the comment section below, and don’t forget to vote in the poll!