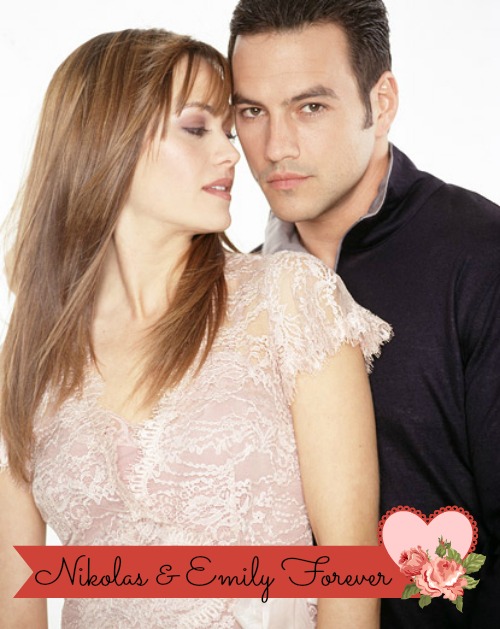 Fan favorite Natalia Livingston who played Emily Quartermaine on General Hospital is coming back to reprise her role once again.  (yes she has been back a few times)  Emily was the love of Nikolas Cassadine’s life.  The character was killed the night Nikolas gave her an engagement ring by the Text Message killer during the Black & White ball in November 2007.

But dead is never dead in the soap opera world and Emily/Natalia returned to General Hospital several times as a ghost.  The first time she reappeared was when Nikolas was suffering from a brain tumor.  She returned again in 2009 as her twin sister Rebecca Shaw pretending to be Emily to get her hands on the Quartermaine fortune.  Her last appearance was as a ghost in 2013 when she appeared to Tracy and her step-Mom Monica.

Soap.com is confirming that Natalie will be reprising the role once again.  No surprise since General Hospital has a revolving doors where characters are concerned.  Kimberly McCullough has left and returned to the soap many times.  When I heard the news of Emily’s return I was excited.  I immediately thought that now that Robin is leaving to unfreeze the Cassadine evil relatives for Victor perhaps GH would have Robin help bring back a few other of the GH beloved characters that have died.  Emily, Jason, Alan ….. But no such luck.

Sadly, it seems Emily is coming back as a ghost again.  Probably to give Nikolas moral support once he finds out just how duplicitous his current girlfriend Britt has been.   The Britt/Dante/Lulu/Ben storyline is coming to an end and there is going to be a lot of fallout for Britt and Nicolas.

Natalia is only coming back for two episode but hey, its better than nothing.  What do you think CDLers are you excited to see Emily back?  What do you think about maybe Robin bring back some of our favorite characters?  Thoughts?