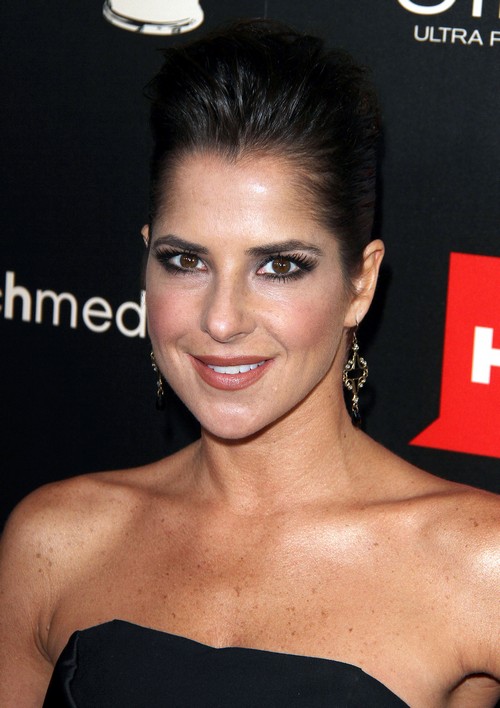 General Hospital is a great soap opera full of scandals but now we have a report of a real-life scandal involving a GH star! I think that we all kind of figured that when Katy Perry ended her relationship with John Mayer back in February there was another woman involved, right? I mean John has been accused of many things over the years and fidelity has never been one of them. So it comes as absolutely no surprise to learn that there was indeed a third wheel in Katy and John’s relationship, Kelly Monaco from General Hospital!

According to Star Magazine Kelly came in between the couple not once, but twice! When Katy dumped John the first time it was because he was still trying to hook up with Kelly and apparently old habits die hard. John likes the fact that Kelly is into sex toys and threesomes and never really gave up trying to hook up with her again. Katy found the most recent round of texts in his phone and realized that everyone was right, John is a sex fiend that cannot be loyal. Needless to say that’s why she pulled the plug on things a few weeks ago.

So how about John and Kelly? Do you think there is anything other than sex between them? My guess is no. Kelly seems smarter than John’s usual type and I can’t help but think that whatever they have had going on over the last few years amounts to nothing more than adult fun and mutual use. Tell us your thoughts on John getting caught yet again in the comments below!