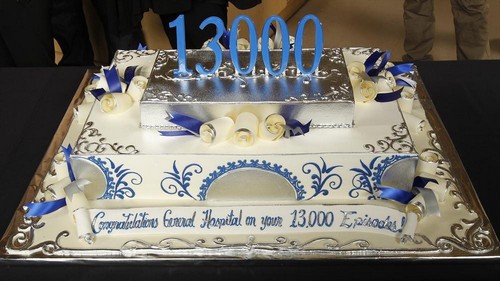 Molly and TJ decided last week that they would take their relationship to the next level and book a hotel room. After several cautionary tales of teen pregnancy and lectures about “being safe,” the couple finally got the keys to their hotel room. On Monday, the teenage love birds will experience some more obstacles, and there will be some unexpected “twists and turns” in their relationship.

Michael and Kiki will finally sit down and discuss their relationship, or lack of. After Kiki helped Franco escape, the trust between them is gone. If Kiki didn’t betray Michael and help Franco escape, Michael’s mother would be dead. On Monday General Hospital fans will learn whether or not Kiki and Michael can repair their damaged relationship, or if they will go their separate ways.

AJ is still hanging out with Connie’s ghost (or hallucination produced by his guilty conscious) in the cemetery, and on Monday he will learn an important piece of the puzzle that he has been missing. Ava tried to convince AJ that he did murder Connie, and she covered it up for him, but there is still a part of him that is doubting that is what really happened.

General Hospital’s 13,000th episode looks like a must-see for GH fans. Don’t forget to check back to CDL throughout the week for all the juicy GH spoilers and details.