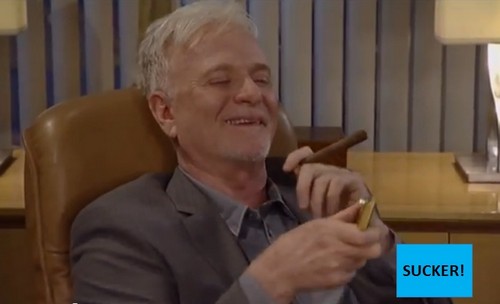 You know how you make a really big mistake and you didn’t quite learn your lesson so you make it again? Well for Tracy Quartermaine on General Hospital that mistake seems to be Luke Spencer. Apparently two failed marriages to Luke aren’t enough and she thinks that the third time will be the charm. Luckily, Tracy’s son Ned is sweeping back into Port Charles to try and get a handle on the situation. He has seen his mother make this mistake before and wants to run as much interference as possible.

According to the April 21st print edition of Soap Opera Digest Luke seems to be that one person that Tracy has a soft pot for and it also creates a blind spot. Even when he is blowing it right in front of her Tracy is still inclined to give Luke the benefit of the doubt. Luckily Ned doesn’t have the same problem. He also very quickly catches on to Luke’s major personality change and realizes that this guy is now a whole lot more dangerous than he once was. Ned suggests to his mother that Luke sign a prenup and she agrees and confronts her fiance.

Tracy to Luke, “I wanna talk about the prenup.” Luke, “What do you mean, there is no prenup?” Tracy, “There is going to be one and when it is ready I want you to sign it.“#WOWSER #LukeIsNotHappy

April 17 Update: Luke has a meltdown and decides not marry Tracy after the prenup demand – and he asks for his engagement ring back. Luke says what’s the point of getting married if you don’t trust me?  Tracy gives in – she is in love with fake Luke!!  This spells trouble – she should listen to Ned. After poor Tracy takes the prenup off the table and agrees to wed Luke without a protective agreement we see Luke smoking a cigar and saying to a non-present Tracy, “You sucker!”

Do you think that Luke and Tracy ultimately belong together? Will a third attempt at marriage fix whatever problems have plagued them in the past or are they both just gluttons for punishment? Will Ned be able to keep them from walking down the aisle yet again? Should he even try or should Ned just stand back and let his mother make her own mistakes? Tell us your thoughts in the comments below! 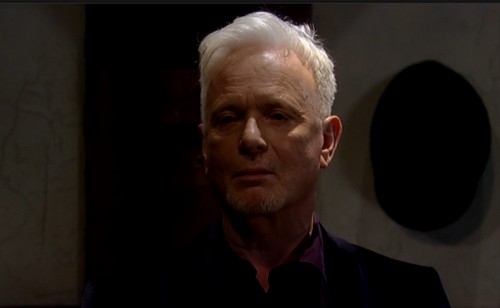