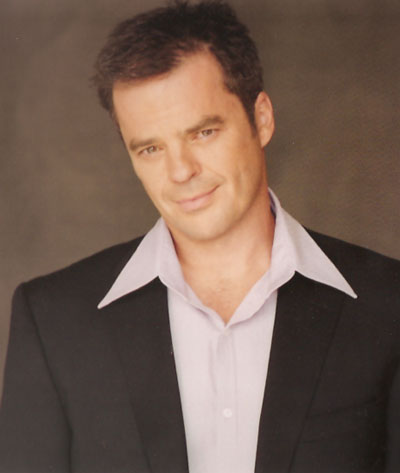 Gear up, General Hospital fans, because Wally Kurth is about to make his return to Port Charles. Kurth, who plays fan favorite Ned Ashton, was bumped down to recurring status several years back on GH. He’s since been a regular on Days of Our Lives, and the last time he appeared on General Hospital was January of 2013.

Kurth tweeted earlier this week, “Well, I had nice day in Port Charles yesterday. Yes, Ned will be arriving in town soon.  Stay tuned.  Thanks for waiting!”

For those who don’t know, Wally Kurth is part of the Quartermaine family in Port Charles, and he’s the father of Brook Lyn Ashton. He also used to lead a double life, pretending to be a corporate CEO by day and a rock star by night. The last time he was on the show, he returned to support his mother in her attempt to keep control of ELQ. He hasn’t appeared on the show since then, but every time he returns, it makes a major impact on the story and the plot. I wouldn’t be surprised if Kurth’s return had anything to do with the rest of the drama going on in Port Charles right now.

We don’t know when Ned will arrive in Port Charles, but we know it’ll be ‘soon’. Meanwhile, Kurth also landed on the pre-nomination list for Emmys this year, which is no doubt a big deal to him and his fans. Kurth also tweeted, “Very excited to be on the Pre-Nomination list for the Emmys this year. Looks to be a crowded field.” That, it most certainly is, but Kurth’s performance is so fantastic that it will likely land him at least a nomination.

What do you guys think about Wally Kurth returning to General Hospital? Let us know your thoughts in the comments below.