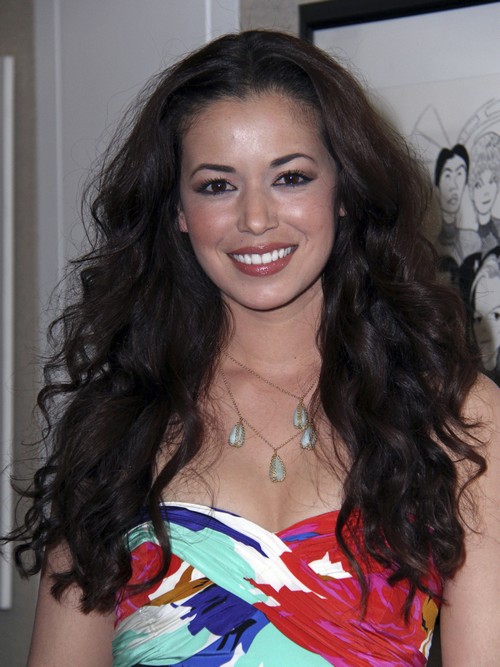 Soaps operas thrive on drama and nothing brings the drama quite like a great love triangle. That’s part of the soap formula for success that will remain for as long as the shows are on network television. Teresa Castillo plays Sabrina on General Hospital and right about the time that the show was getting ready to bring back Kimberly McCullough to make things interesting, she found out that she was pregnant. Since the writers’ intended to launch a full on triangle between Sabrina, Robin (McCullugh’s character) and Patrick, they decided that writing in Teresa’s pregnancy would provide a perfect twist.

According to the Jan. 20th print edition of ABC Soaps In Depth, the actress is loving the story twist and is thrilled to have Robin back on the canvas. Teresa believes that triangles need to exist and she welcomes all of the great drama that she is being handed to play out onscreen now.

Thankfully, Teresa’s real life couldn’t be more different. She has been with her husband, Shane Aaron for ten years and the couple had been hoping to conceive. They first shared the great news with family back in October and Teresa has managed to keep her mouth shut about her real life pregnancy so that the story line twist was really a surprise for GH fans. As it stands right now, Teresa’s character is the odd woman out, as Patrick returned to Robin. Would you like to see Sabrina and Patrick reunite in the coming weeks? Tell us your thoughts in the comments below!