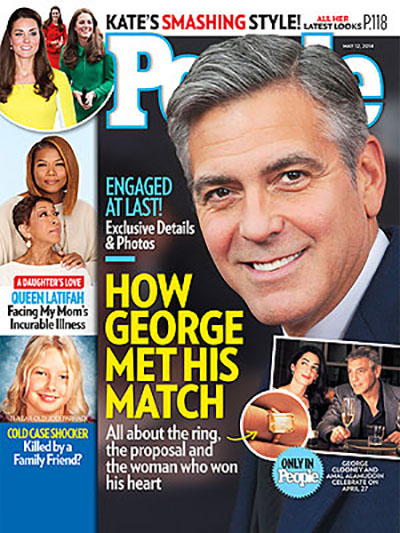 Can you believe George Clooney actually proposed to Amal Alamuddin? We think it’s wonderful — and slightly apocalyptic. In the newest issue of People magazine, it’s revealed that George got down on one knee to propose to his fancy London lawyer girlfriend in a traditional manner. The couple attended a private dinner held in Santa Barbara, California alongside Cindy Crawford and Rande Gerber. The occasion was Rande’s 52nd birthday, but the night was also used to celebrate the engagement of George and Amal.

Now to get to the the question that’s been one everyone’s mind: How big’s the ring? The ring George presented to Amal contains an emerald-cut diamond estimated at 7+ carats. Reportedly, it was ethically mined and, as you can see below, is set in platinum. Wow, pretty fancy, right! We’d expect nothing less from Ol’ George.

And, according to the “How George Met His Match” cover story in the new issues of People, Amal’s family absolutely loved George when they met each other in Dubai. “They found George very easy to get along with, cool,” the family member tells the magazine. “They felt at ease with him immediately.”

We can’t wait to hear all the details regarding their engagement! Pick up your copy of the new issue to get an even closer look into the lives of Clooney and his future wife! 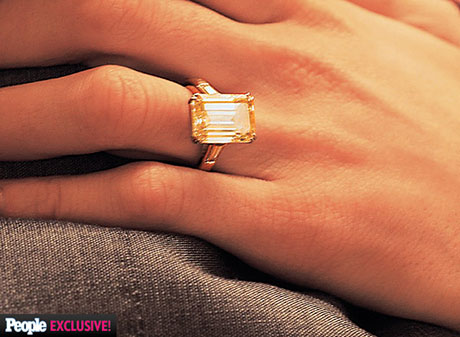