George Clooney’s Future Wife Amal Alamuddin Was An Advisor To The Evil Dictator Of Bahrain! 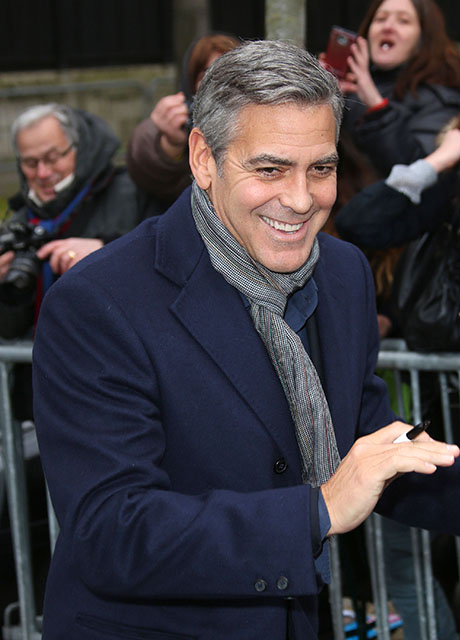 Will this be a deal breaker for George Clooney, a celebrity who’s quite involved in the political world and human rights work? As it turns out, the women to whom the A-list actor was just engaged to marry served as an advisor to King Hamad bin Isa al-Khalifa. She functioned as his legal counsel/advisor as part of the Bahrain Independent Commission of Inquiry. The reason why so many people have their noses upturned? The king was named by CBS News as being one of the “world’s enduring dictators” and also accused of “gross human rights violations and protester murders.”

Amal is a big time player on the international landscape and has represented some very big names. Do you think Clooney knows about the work his future bride-to-be has undergone and, if so, does it bother him? We know it doesn’t take much for Clooney to call off a relationship — so maybe this will be the straw that breaks the camel’s back.

She’s since stepped down from that position, but PolicyMic claims that Amal has “co-authored a book arguing for an Arab Court for Human Rights, which will be based in Bahrain,” a decision they called “eyebrow-raising, given the country’s human rights record. Alamuddin has the ear of the Bahraini government, as well as the eyes of the world. She’s been working on serious human rights issues in Syria, as well as on drones. Perhaps it is time for her to press Bahrain to take its human rights violations seriously too.”

What do you make of this news? Will the George Clooney/ Amal Alamuddin engagement remain intact? SEE HER ENGAGEMENT RING HERE!