George Lopez Arrested After He Passes Out Drunk On A Casino Floor! (PHOTO) 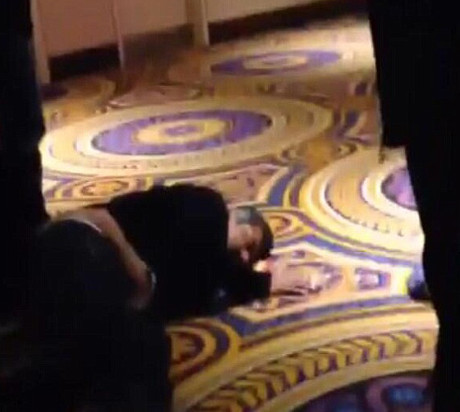 George Lopez will surely have some new materials for his comedy show tonight at the Caesars Windsor casino in Canada . . . because he spent last night in a drunk tank to sober up after being arrested for public intoxication! Since the incident, George released a statement to TMZ, saying, “Tied one on last night. Not feeling great this morning. I was trying to sleep it off, unfortunately, it was on the casino floor.”

George had finished performing shortly before he was found passed out on the casino floor, as reported by TMZ. Security notified police, who in turn arrested Lopez inside the casino bar. No charges are being filed against Lopez, and he is still planning to perform tonight, likely with a few new jokes stemming from his embarrassing arrest. He has since been released and probably doing his best to find a good hangover cure.

What do you think about George Lopez being arrested for public intoxication? Do you think it’s funny or do you think he needs to grow up a bit? He responded to the situation with the true wit of a comedian — and I suppose we have to commend him for turning a faux pas into a bit of humor, which is sure to give you a chuckle.