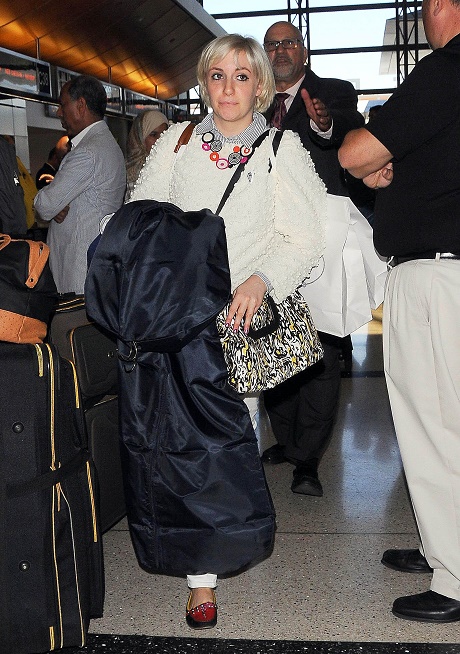 Lena Dunham’s extremely popular HBO series may be losing a crucial character, but she doesn’t know it yet! Girls spoilers reveal that the cast is currently filming Season 4 of the award-winning series, and it is set to premiere on HBO in 2015. Lena Dunham took to social media recently and shared a hilarious spoiler video of herself filming a scene riding a bike down the street. In the Girls video, Dunham crashes the bike and lays on the ground with it on top of her while the production team rushes to her aid.

Sure, Girls wouldn’t be the success it is today without Lena Dunham, but her carefully selected cast is just as crucial, including break-out star Allison Williams. But, according to the October 6th edition of OK! Magazine, Lena is going to have to figure out a way to make do on the series without Williams, because she is quitting! The tabloid goes on to explain that “Insiders are claiming that after three years playing Marnie, the brunette wants out!” the magazine’s inside source reveals, “She [Williams] always wanted to be a major movie star and views Girls as a stepping stone. Lena doesn’t want anyone leaving Girls before it wraps.”

In a way, Allison Williams does owe her success as an actress to Lena Dunham and Girls, considering no one even knew her name before she landed the part. But, has she already paid her dues by filming four seasons, or is she forever in debt to HBO and Lena? Do you think Lena Dunham will freak out on Allison if she announces she is leaving the show? Let us know what you think in the comments below!