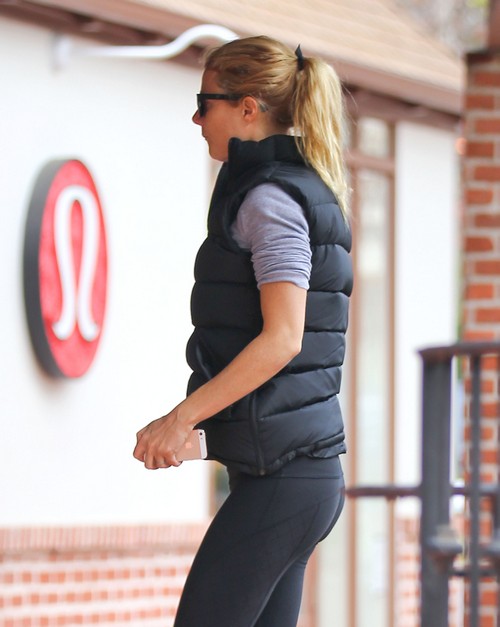 According to Whisper [which is a new secret sharing app], Gwyneth Paltrow and entertainment industry bigwig Rick Yorn reportedly had an affair. Granted, Whisper isn’t exactly the most reliable source out there, and I’d put it on the same level as tabloids in terms of accuracy. It’s mostly hit or miss, although Whisper’s reports do come from unsubstantiated rumors as opposed to writers throwing ideas out of their ass.

Yorn is a major lawyer who represents A-list celebrities such as Leonardo DiCaprio, Reese Witherspoon, Justin Timberlake, and Jude Law. He’s not listed as Gwyneth’s lawyer, but it’s not a stretch to believe that the two might have met during an industry event and hit it off. It’s becoming clearer and clearer that Gwyneth and husband Chris Martin went through a rough patch a few years back, and if those Vanity Fair rumors were true, then Gwyneth did have an affair [or affairs] with other men. And knowing our Gwyneth, there’s no way she would have an affair with anyone who she deemed beneath her.

The Whisper report claims that Vanity Fair was all set to reveal the affair, but they ‘chickened out‘ at the last minute because Gwyneth made up with the editor-in-chief, Graydon Carter. Although Vanity Fair denies that they were ever set to reveal anything of the sort, they definitely backed down from their original report.

Gwyneth’s rep has already denied this report, which duh. Honestly, Gwyneth and Chris finally seem to be back on track with their marriage, so all these rumors are a moot point right now. Obviously, Gwyneth doesn’t want these stories circulating around, but since they come from a highly unreliable web application, of all places, I think we can safely say that no one’s taking this too seriously.