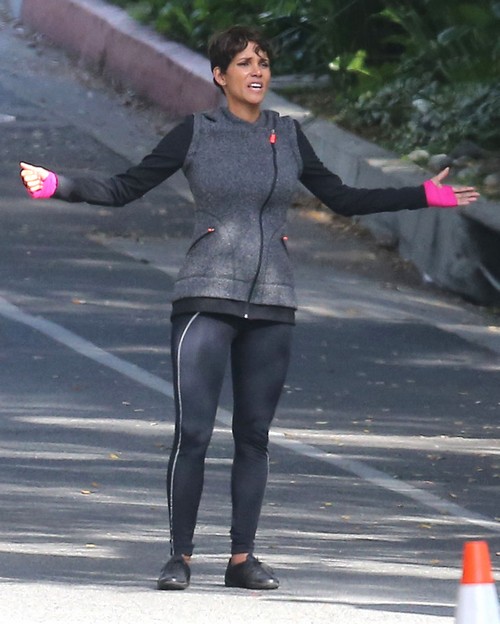 It sounds like the bump in the marriage of Halle Berry and Olivier Martinez has gotten a whole lot bigger in recent weeks. We told you that the fighting between the formerly loved up couple has hit epic proportions and now we can confirm that Martinez has moved out of the Beverly Hills home that he shared with Berry. According to the March 31st print edition of Star magazine, the French actor believes that his wife of under two years has her priorities completely messed up.

Rather than focusing on the family- which includes 5-month old Maceo, Berry is fixated on work and losing her pregnancy pounds. The more Martinez has pleaded with her to get her priorities in line the more hostile she has become until finally he decided that he can’t handle it any more. Berry reportedly doesn’t want Martinez in the house if he can’t be nice and he can’t pretend everything is fine when he feels her whole life is out of whack. So they are quite obviously at an impasse.

Berry hardly seems like an easy woman to be married to. Do you think Martinez is having a bit of buyer’s remorse and wishing that he hadn’t decided to tie the knot? Will these two work their differences out or do you think Martinez is on the fast track to becoming Berry’s third ex-husband? It seems that his demands are fairly normal- what guy doesn’t expect his wife to put their new baby first? Tell us your thoughts in the comments below!