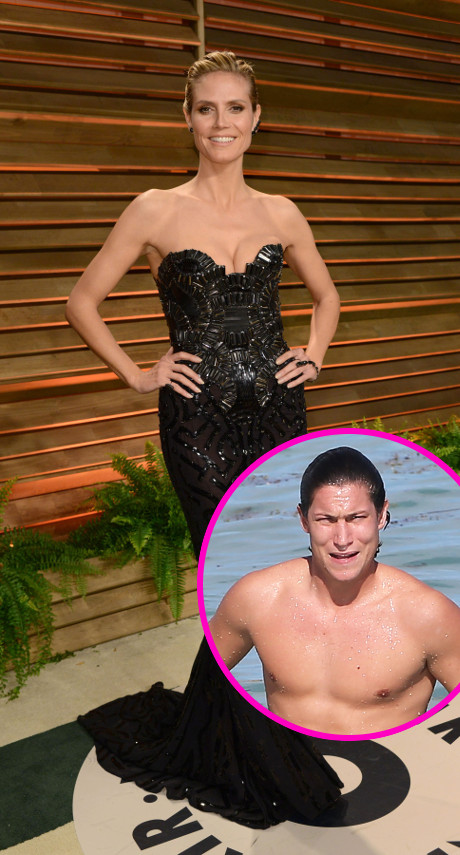 Heidi Klum‘s relationship with 27-year-old Vito Schnabel, a young art dealer from NYC, must be getting hot and heavy — as they’re not going to any great lengths whatsoever to conceal their romantic fling. The couple was photographed Saturday night kissing at 1 OAK, a hip Hollywood nightclub that set the perfect stage for their steamy dance session make out. There major PDA was captured in the middle of the dance floor, filled with countless bodies, probably just as sweaty and gross as these two lovebirds.

According to his website, “Vito Schnabel works from his private exhibition space in the West Village of New York City and regularly collaborates with galleries and art venues worldwide.” He seems like a rather big deal in the art world and appears to have great influence and street cred. So just how serious is Heidi getting with this art boy? Is this just a brief romantic fling or is there something actually blossoming between these two?

Seems like they might be getting quite serious.  “They were seated at a table with Serena Williams and couldn’t stop kissing,” a source tells the Miami Herald. “They were still there when the lights came on at 2 a.m., and that’s when Heidi grabbed Vito’s hand and they walked toward the exit.”

Let us know what you think about this potential couple in the comments section below. If Vito’s name sounds familiar, that’s because it is. He dated Demi Moore in the past. Hm, seems as if he has a thing for cougars.