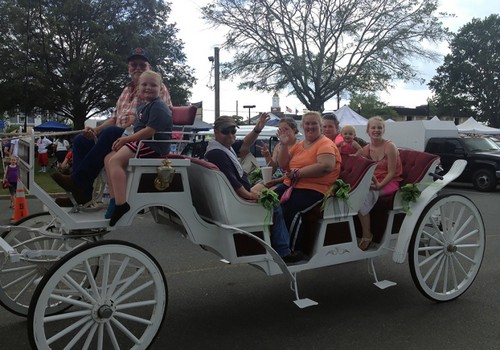 Tonight on TLC their popular and zany reality show HERE COMES HONEY BOO BOO continues with another new episode called, “Monkeys Make Very Good Brothers.”  On tonight’s episode June offers to buy a pool after Alana and Pumpkin dig a hole in the yard, but only if they earn money for it; Jessica’s date with her boyfriend is chaperoned by the whole family.  Did you watch tonight’s first episode?  We did and we recapped it right here for you.

On last week’s  first episode after Alana and Pumpkin dug a hole in the front yard, June offers to buy them a pool if they earned money for it. June and Sugar Bear ere strict about dating, so Jessica had to settle for a group date with her boyfriend and the entire family chaperoning.

On tonight’s show after failing to “swoo” June in the bedroom, Sugar Bear suggests couples’ therapy, which June warily agrees to. While the folks are dealing with relationship stuff, the girls amuse themselves with ice blocking and exploding soda bottles.

Tonight’s episode looks like it is going to be another crazy Thompson family episode and you won’t want to miss it, so be sure to tune in for our live coverage of TLC’s “Here Comes Honey Boo Boo – Monkeys Make Very Good Brothers” at 9:00 PM EST!

Tonight’s episode of Honey Boo Boo starts off with Sugar Bear and June discussing having another kid, June isn’t really feeling the idea though. Sugar Bear wants to have a little boy though. He thinks they should consider having a surrogate mother, but June squashed the idea.

Alana’s sisters think they should adopt a pet monkey, because they are just like humans. It could be a boy monkey, so then Sugar Bear could finally have a son.

Alana’s sisters decide to go “Ice Blocking” to cool off. They have huge ice blocks that they froze in buckets, and they are riding them down a steep hill into the lake. Alana is scared of going into the lake, so she is “just there to supervise.”

That night Sugar Bear decides to “get romantic” and “swoo June,” so he lights lavender calendars for her and puts on a clean shirt before he lays in the bed. June isn’t “swooed” though, she doesn’t like lavender candles, she thinks they are nasty. June tells Sugar Bear she is going to bed, and the next he wants to be romantic he should “learn what kind of candles she likes.”

The next day Sugar Bear calls June and tells her to come out to the manper so they can “talk about their relationship.” Sugar Bear wants them to go see a counselor so they can “spice up their marriage.” June is skeptical, she doesn’t want to go discuss “his biscuit and her wee wee” with strangers.

June and Sugar Bear head to counseling and they leave Alana and her sisters with their Uncle Poodle. Poodle isn’t the best babysitter, he helps the girls build soda bombs outside and turns them into soda sprinklers.

They head home, and June puts Sugar Bear’s laundry away, she finds “good smellin” candles hidden in his underwear drawer, and she is happy he listened to her and got candles that she likes. It looks like Sugar Bear and June are going to have a good night…