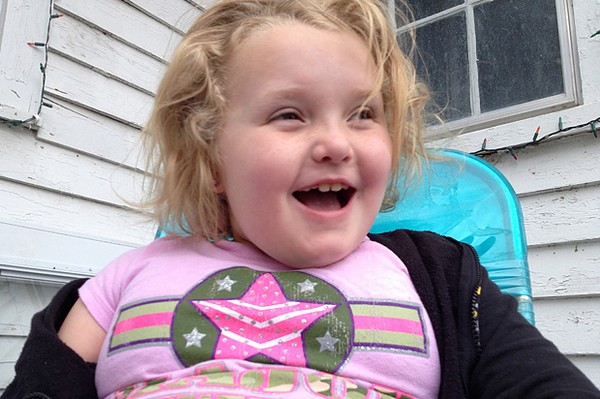 Tonight on TLC their popular and zany reality show HERE COMES HONEY BOO BOO continues with the second episode of season 4.  Tonight’s new episode is called, “Yodega.”  On tonight’s episode stress gets to Sugar Bear when June’s constant nagging makes him physically ill, so he tries to self-medicate with his own relaxation techniques.

On the last episode nothing could boost June’s spirits on her birthday as she tried to cope with an empty-nest when Anna and Kaitlyn decided to move out. Extra time allowed her to work at the bakery, leaving Sugar Bear alone to become a domestic housewife. Did you watch the last episode? If you missed it we have a full and detailed recap, right here for you.

On tonight’s episode June’s “b*tching” and nagging lands Sugar Bear sick in bed from stress. Will June have to permanently alter what comes out of her mouth to keep her man healthy? Or will Sugar Bear’s de-stressing techniques like “yodega” and racing be more beneficial?

Tonight’s episode looks like it is going to be another crazy Thompson family episode and you won’t want to miss it, so be sure to tune in for our live coverage of TLC’s “Yodega” at 9:00 PM EST!

Sugar Bear hasn’t been feeling well lately and one day after a visit to the doctor’s he was told he has too much stress. So he was advised to find a way to remain clam. However he lives with June and their girls. June, in particular, can sometimes be “bitchy.” She swears she doesn’t see it but it’s more like no one can ignore hearing it.

June has a way with words and more often than not it tends to sound like she’s bitching. She, on the other hand, calls it sarcasm. And well she’s the only one that sees it that way.

Later, the family went over to Anna’s house to help her with supplies otherwise known as housewarming presents and June was back at it with her comments. She said Anna and Michael basically lived in the middle of nowhere and then called the tour of the place easy seeing as Anna stood in one place and showed them all they needed to see. But for all the kids’ complaining – they take after their mother.

June is loud and she’s like that for a reason. Neither the husband nor the kids pick up after themselves and so June is left to do it alone. Because to ignore it would mean it would never get done.

So that’s why June comes off as bitching. When she says “please” and lays off the snark then her daughters start to wonder what’s wrong with Mama. They don’t expect her to say please although they claim they want it. And then a top of the normal stress her children cause her there’s now Sugar Bear hanging around the house. He’s taken to sitting around trying to de-stress with video games.

He’s underfoot and ask any other mother in that situation and she would say adding another child – someone they have to look after like a sick husband – just adds more stress for them. So does it have to be either/or? If Sugar Bear is doing good then does that mean Mama June’s health have to suffer?

With what the family is going through – suffering a loss has come at the worst time. Their dog, China, informally known as “Chi-Chi” passed away and everyone is grieving in their own way. For Alana, that means building a memorial with her sister. As for Sugar Bear; he’s starting to express his feelings more openly.

Sugar Bear was really close with China. It was his idea to get a dog and even a Chihuahua so no wonder he tears up at the thought of her.

None of the usual calming techniques work for Sugar Bear. He’s stressed but he doesn’t want to give up on time spent with the family so he found an activity they could all do. They went down to the motorbikes and racing area. There Sugar Bear can enjoy the show and the loud sounds of the events also happens to drown out whatever sideline noise his family makes.