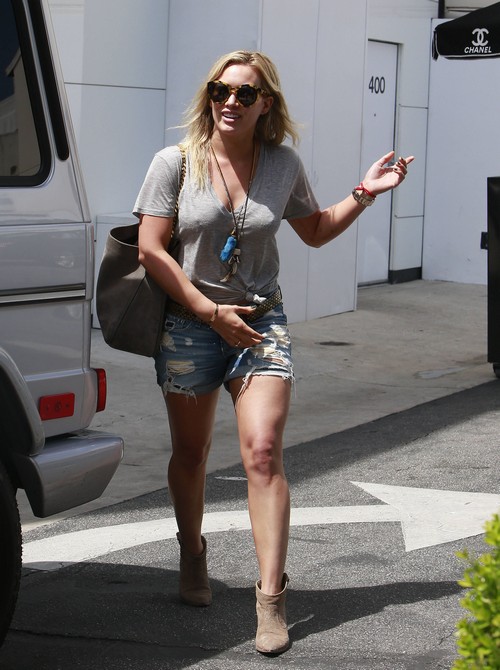 Hilary Duff and Mike Comrie announced their divorce a while ago, but they’ve yet to go through with arranging the necessary arrangements for the custody of their young son, Luca. However, it seems like the former lovebirds may have had a change of heart, if rumors are to be believed.

According to a recent report, Hilary and Mike just spent a romantic vacation together in the Bahamas. Apparently, they had intended to spend some together as friends and discuss the custody arrangements for Luca, but one thing led to another – and now they’re thinking of getting back together. Isn’t it interesting how that happens?

According to Radar Online’s source, “Hilary and Mike hooked up when they were in the Bahamas. Once they were together with their son Luca in the Caribbean, it got emotional and real. Mike broke down and begged Hilary for a second chance.”

The source also adds, “They’ve been meeting for hookups ever since, and Hilary’s softened and the two are moving forward to see if they can work it out. Hilary’s one stipulation is that Mike step up to full-time parenting duties while she works on her new TV show and her music career.”

Well, Mike’s technically retired from ice hockey now, so he’ll have plenty of time to raise Luca full-time as Hilary pursues her career. Considering that she raised Luca while Mike was working, it’s not a stretch to ask the same of him, right? But honestly, while it’s nice to see these two working it out, Hollywood couples always seem to come with an expiration stamp on them. It’s hard not to be cynical in these situations, but if counseling didn’t help Hilary and Mike in the past, I don’t see how they’re going to last now. Nevertheless we wish them the best of luck.

Separated couple Hilary Duff and Mike Comrie meet up at Chanel in Beverly Hills, California to do some shopping together on April 10, 2014. Is its being reported that the not so happy couple are currently working their marriage and might give it another chance!