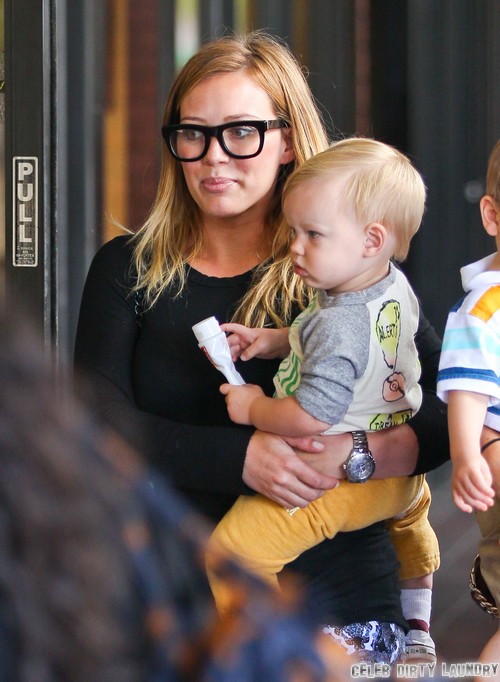 Well, whaddya know. Star Magazine was right on about a marriage problem. Hilary Duff and her NHL player husband Mike Comrie have split and are divorcing. The couple have released a statement saying they will remain ‘best friends’ and obviously be involved in raising their child together.

Um, what else is Hilary going to say? Sorry, Mike might have cheated on me and I didn’t feel like staying with him? The report from Star claimed that several issues were plaguing the couple, and they were actually on the verge of breaking up last fall when they decided to go through couple’s therapy – no doubt cheating was an issue. Alas, that therapy clearly didn’t work since they barely lasted a year after that.

There’s also the fact that both Hilary and Mike are extremely young, and then you add that to the fact that Mike is an athlete, and athletes cheat and you don’t exactly have a recipe for eternal bliss. Besides, getting married and having a child in your mid 20s is difficult for anyone, and I imagine Hilary and Mike both feel that they might have rushed into things too soon. Unfortunately, they have a kid to take care of, and they have to remain on amicable terms. So even if it was cheating that led to their issues, they have to pretend to put their issues behind them and move on.

What do you guys think of Hilary and Mike divorcing? Are you surprised, or did you expect this to happen eventually? Let us know your thoughts in the comments.