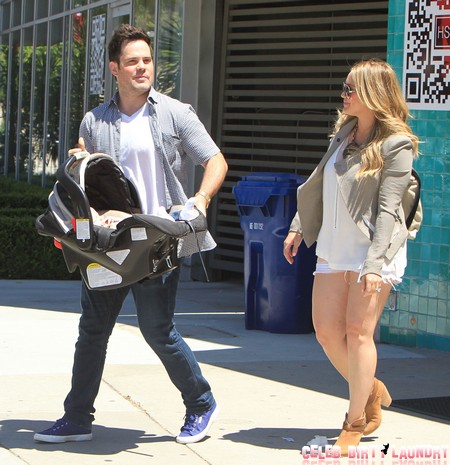 Hilary Duff was once the staple food for love struck pre-teens. Her and her sister Haylie Duff were seen as the new Olsen twins (they aren’t identical twins by the way) and captivated the world with their quirky girl next-door humor and European beauty. Haylie has always been the lesser star, as her sister dominated the television, film and music industry. Lizzie McGuire grew up, became pregnant and ballooned from 110 pounds to 145 pounds. She’s 5-foot-2, so an extra ounce of weight on her small frame is like going from anorexic to obese in 15 minutes.

Hilary is married to hockey star Mike Comrie and even though she lost 10 pounds since the birth of her son Luca Cruz,  she hit a plateau, or in layman’s terms, a fat wall. She asked Haylie to help her drop “at least another 20 to 25 pounds”. A source said to The National Enquirer, “Hilary was making some real progress with her weight-loss strategy, but she suddenly hit a wall. She didn’t count on husband Mike, because he let himself get flabby and was in no hurry to get back into shape.”

Oh, so the clichéd overweight barefoot in the kitchen rule also applies to celebrities? We never knew that!

Hilary couldn’t get over the wall of fat staring back at her in the mirror every morning, so she asked Haylie to assist with a boot camp-esque plan to get abs and a flat tummy again. The source adds that Mike, who retired from hockey after three hip surgeries (he was most probably attacked with the puck too often), was relieved that the pressure was off him to get back into shape. He is still overweight and watches re-runs of Family Guy while his wife dies slowly with each little jog.

The source says, “Hilary wasn’t going to wait around for Mike. She feels that since she’s the main breadwinner in the family now, it’s time to get her figure back for the sake of her career.” Sorry, perhaps we were excluded from the Hollywood career memo, but no-one knows who she is anymore? She might have been big in 2006, but now she is as outdated as tears in a television movie about Backstreet Boys.

“When Mike is sitting on the couch at home watching ESPN, she’s out sweating her butt off with Haylie. Hilary even joked that once she’s at her ideal weight, she’s going to get Haylie to train Mike.”

We hope that’s a joke? The man had three hip surgeries! Let him continue living the chauvinist lifestyle and wallow in the melancholic past of a faded career. Look out, Hilary; it looks like your career is cloudier than a cataract on a neurotic woman’s eye! You better shed those pounds before you become a subject of a “What Happened To?” article. 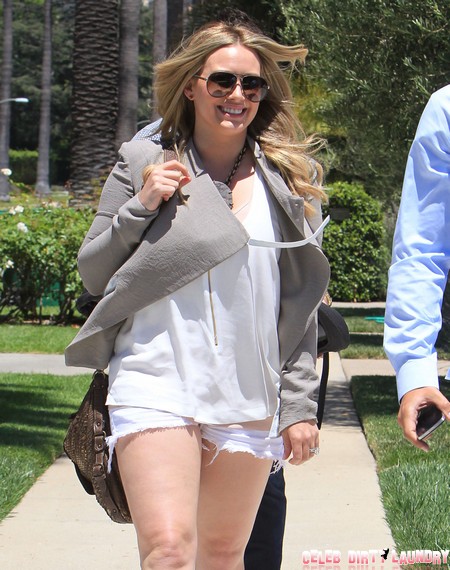 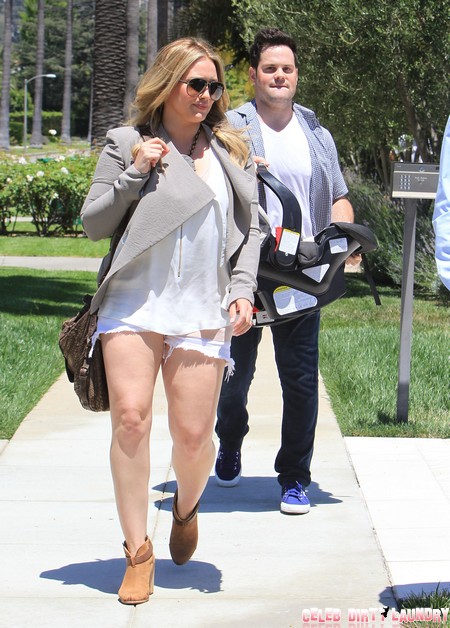