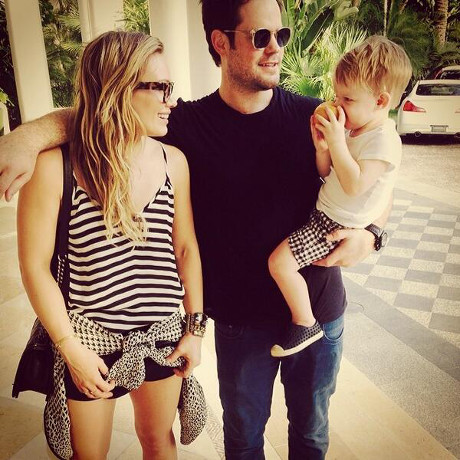 It looks like Valentine’s Day nostalgia has caused recently separated Hilary Duff and Mike Comrie to have second thoughts about ending their marriage of almost four years. The couple is currently on a tropical getaway with their son, and it looks as if reconciliation is imminent for the two amicably split love birds.

Duff took to social media today to tweet a coupled up photo of her, Comrie, and their little boy, Luca, with the caption, “modern family vacation” to her four million plus Twitter followers. The move quickly raised eyebrows. Duff and Comrie announced their split this past January and released a statement saying that it was amicable. Apparently, the couple remains the best of friends and have only Luca’s best interests in mind. This picture definitely shows us that there’s no animosity over the split. The question is . . . what else does it show us?

We get to see Comrie with one hand draped over Duff’s shoulder while he cradles Luca in the other arm. The couple is both staring adoringly at their little boy while he munches on a big juicy pear. It is truly the picture of a happy-and-in-love family. It is not the picture of an amicably separated couple heading towards a d

ivorce, that’s for sure. Clearly, these two are having second thoughts.

Since the split was announced, we have seen quite a few flicks of these two united with their son Luca. In fact, only two days post split the couple was photographed leaving The Four Seasons Hotel in Beverly Hills and was spotted strolling the streets of New York as well. To know that they’re now on a Valentine’s Day vacation on some tropical island is to know that this split is not going to happen. We should all expect the announcement that they are back together to arrive quite soon.

Anyone who has been in a marriage or serious long term relationship knows, it is hardly ever an easy decision to split. When it is, it is usually out of a mutual respect for one another and by creating distance to allow time, space, and opportunity for true healing. These two have barely been split a month, and they are popping up all over the place together. Both Comrie and Duff are still pretty young, they have a new son barely over a year old, as well as the added pressure of having a marriage that is in the spotlight. They have plenty of cause shakiness and uncertainty in their relationship. We get it, but obviously they don’t.

Hopefully they are beginning to see what everyone else sees: That they’re not through with each other. If not, then they are idiots. Their actions are not reflective of a couple that truly wants to split up. I mean, come on, Valentine’s Day? Luca is barely a year old, he doesn’t know what is up with this Holiday. 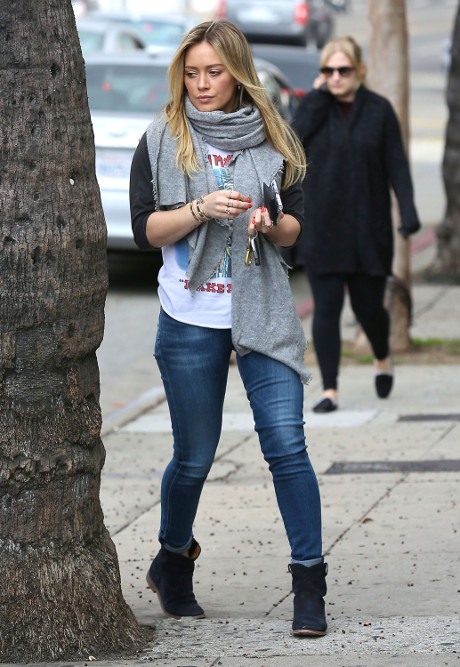 It is not like it is his first Christmas or something. What do you think they are doing after they put little Luca to sleep while on their Valentine vacation? Amicably talk more about their split? We here at CDL doubt it. These two are on a romantic vacation that Luca won’t ever remember. If you think we are wrong, let us know what you think. Are these two idiots going to get back together now or what?