Hilary Duff and Mike Comrie Divorce Over Her Working On New TV Show – Jealous and Selfish? 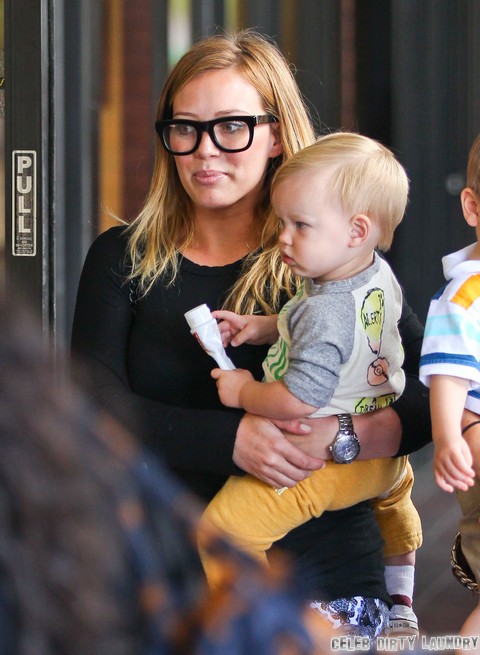 Well, that didn’t take her too long to bounce back from. Now that Hillary Duff is going through a separation and divorce from Mike Comrie, you won’t be finding her at home mourning her failed marriage. No, instead our favorite former child star ( the only one that didn’t end up rehab) wishes to return to  her acting roots – Television! All jokes aside according to Perez Hilton the actress will be joining up with Sex and the City creator Darren Star for his new project called Younger.

The show is reportedly co-starring Sutton Foster and will be about a woman who decides to reinvent herself after her husband leaves her and her child goes off to college. The 40-something woman supposedly begins partly living the life of a 29-year-old who begins working in the city and eventually meets Hilary’s character, an ambitious 20-something who welcomes the woman to the publishing firm where they work and makes an effort to include her in her social life. (Perez Hilton)

Younger as it urns out will be based off of a book with the same title from acclaimed author Pamela Redmond Satran. Pamela is mostly known for her work such as Babes in Captivity and The Man I Should Have Married, but it’ll be fun to see what Hilary will  bring to a character of hers. Although the series synopsis diverts a little from the book, it sounds just as funny as the original and hopefully the show will last for a full season. I think it will!

Here’s the thing – Hilary is getting what sounds like a great opportunity however when was this “too sweet of a deal” offered. If she was offered a part post-breakup then I’m glad she has something to take her mind of ex Mike Comrie. And yet if she was given this deal back when everything seemed all honkey-dory, then could this part be what led to the separation. Hillary never gave up working during her marriage but she did slow down and she didn’t sign on to any TV show. Taping a series requires more than a movie. It’s longer days on set and she’ll be filming for months on end.

Meanwhile Mike only had her and their son going for him! I could see why he wouldn’t have wanted her to take the job!