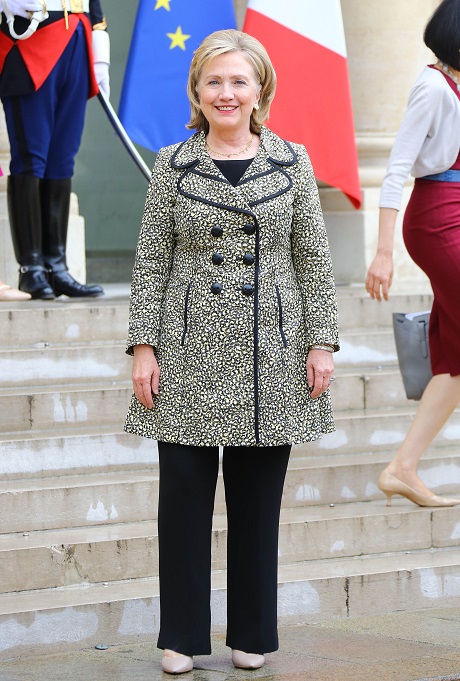 Hillary Clinton is all set to take over the country in 2016. According to recent reports, she’s already started preparing for her presidential campaign, even though it’s still a year away from jumping into full gear.

Hollywood Life reports that Hillary has leased an office in mid-town New York City to prep for her campaign. She will reportedly move into the office space within the next few weeks, at which point she will likely ‘formally’ announce her presidential bid. That way, she can start hiring people and actively start campaigning as soon as possible.

Right now, Hillary is the odds-on favorite to win the election, but you can never really tell this early in the race. She’s got Bill Clinton campaigning on her behalf, and Barack Obama speaking in support of her. Plus, her history as former Secretary of State and former First Lady has already cemented her place in American politics, not to mention that it’s given her a huge boost with the American public.

There are already a lot of people who are rooting for Hillary to win, especially since it would be a historic win. The younger generation, especially, has been creating grassroots campaigns to raise awareness for voting, and since we’ve already gotten the first African American president in US history, it’s only natural that we get a woman president next.

The two year lease that Hillary has reportedly signed for the office shows that she’s serious about this campaign, and she intends for it to go all the way. I guess we’ll have to wait and find out whether that happens, but my money’s on her winning the race.

Do you agree? Are you rooting for someone else to win? Let us know your thoughts in the comments below.