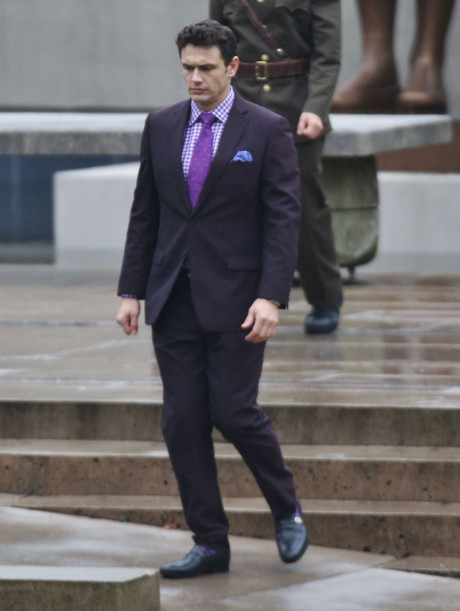 James Franco, 35, received an incredible amount of backlash (and rightly so!) after he hit on a 17-year-old girl via Instagram. In case you missed the beginning of this incident, feel free to click here to get the full debriefing. Though, in short, he saw someone who caught his eye and, not thinking twice, asked if she wanted him to visit her hotel room in NYC. She was visiting from Scotland. Of course, their social exchanges leaked and the Internet exploded with “GASP! James Franco really is a creeper!”

When he appeared on Live with Kelly and Michael, it was unclear as to whether or not James would discuss this scandal with the hosts — and America. Well, it turns out he did. He didn’t skirt around the elephant in the room and addressed what was on everyone’s mind: Did you experience a lapse in judgment?

“I’m embarrassed,” he admitted. “I guess I’m just a model about how social media’s tricky. It’s a way people meet each other today, but what I’ve learned is you don’t know who’s on the other end. I used bad judgment and I learned my lesson.”

He then went on to give the poor-me-imma-celebrity-and-have-it-so-tough speech: “Unfortunately in my position, not only do I have to go through the embarrassing rituals of meeting someone, but if I do that, then it gets published for the world so it’s doubly embarrassing.”

What do you think of James’s admission? Do you think it’s good enough? [Note: Technically, the age of consent in NYC is 17 years old, but does that give a 35-year-old man the right to hit (and potentially take advantage of) someone so young? I don’t think so.]