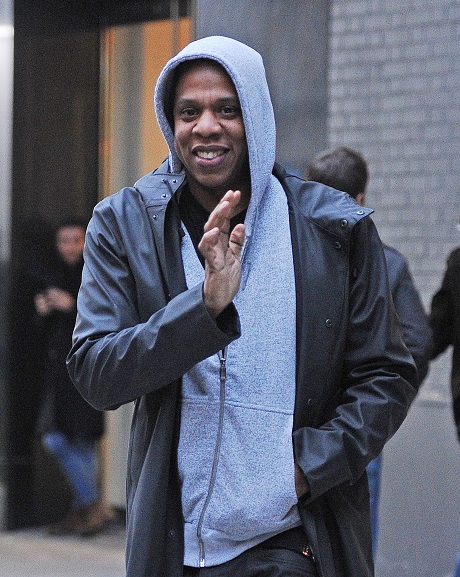 I guess the whole world seeing first-hand that things aren’t exactly perfect in Jay-Z and Beyonce‘s marriage has really affected the way that he’s doing things, at least for now. In the past, when caught with a side chick, Jay would deny it and continue doing whatever he pleased. This time around, Jay has gone so above and beyond to try and prove to Beyonce that he doesn’t want to lose her. He has told Rachel Roy that their cozy dinners and late night calls are over and even deleted her from his phone in an attempt to prove just how serious he is.

According to the July 7th print edition of Star Magazine, Jay also has agreed to go to therapy with Beyonce. Not long after that infamous elevator surveillance video surfaced, good old Gwyneth Paltrow hooked her friends up with the same therapist that has helped her to consciously uncouple with Chris Martin.

The truth is…Jay figures that his marriage is inevitably going to end in divorce; the only real question is when it’ll happen. Obviously, he would prefer to buy himself a little more time at home with Bey and Blue Ivy before everything totally crashes in on them.

Do you think that Beyonce is really buying into the notion that therapy is going to save her marriage or is she also just trying to get a little more mileage out of it? Jay’s track record has been pretty bad. Do you think that he can really change? Do you think he even has any real desire to do so? Or is he just doing whatever is necessary to calm things down?