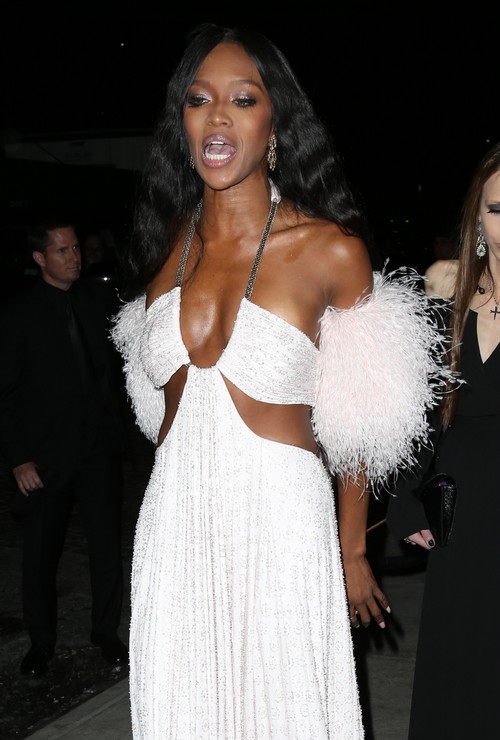 We’ve been saying for weeks that Jay-Z and Beyonce have an open relationship, and Lainey Gossip corroborated that at her annual Smut Soiree in Canada a few days ago. In addition to saying that Jay-Z and Beyonce sleep with other people, Lainey also claims that Naomi Campbell may have been the cause of the Solange elevator smack down, not Rachel Roy.

Jay-Z wasn’t necessarily hooking up with Naomi Campbell [although that wouldn’t be surprising], but he was reportedly around when she was ‘trash-talking‘. It’s not clear who she was trash-talking, but if Solange got this angry, we’re guessing it was either her or Beyonce that were the recipients of Naomi’s insults?

So because Naomi was ‘messing around‘, Solange got angry that Jay-Z didn’t stop it. She probably expected him to go up to Naomi and tell her to shut her trap, but Jay-Z didn’t do anything about it. And the rest, as they say, is video camera footage history. Solange ended up attacking Jay-Z in the elevator, probably unable to control her anger and humiliation any longer.

Plus, even if Jay-Z flirting with Rachel Roy wasn’t the sole reason for Solange’s attack, I’m guessing it played a part. I don’t think Solange would have gone so primal ape-shit on Jay-Z just for not intervening in Naomi Campbell’s bitching. It was probably that and a combination of other factors, including watching her brother-in-law hitting on other women while her sister was at the same party.

What do you guys think? Do you believe that Naomi Campbell inadvertently instigated the whole thing? Let us know your thoughts in the comments below.