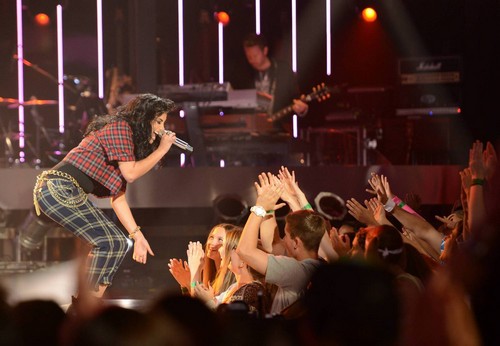 Jena Irene sang, “Creep” by Radiohead for this week’s theme “Competitor’s Pick.”   Each finalist will select a song for his or her fellow combatants.  The Top 7 will really have to bring their A game to stay around for another week, we expect a higher level of performances as the contestant pool diminishes.  Did you watch tonight’s performance show? Just in case you missed tonight’s show we have you covered and you can read our full and detailed recap here!

On last week’s episode Jena sang “I Love Rock And Roll” by Joan Jett and Jennifer loved his rendition saying, “I’m going to get booed but for me it languished a little bit in the middle, I thought you were gonna start ramping it up.  When you got to the “Yeah Me” I kind of wanted a little more Rock n Roll.  You definitely put your stamp on it and at the end of the day I did like it.”