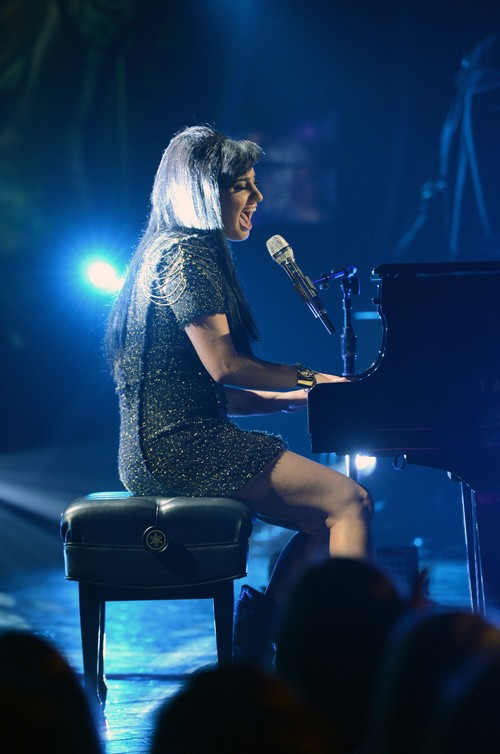 Jena Irene sang, “I Can’t Help Falling In Love” on the finale of AMERICAN IDOL this week for her song choice.  This week each of the finalist sang three songs: one their possible winner song (a previously unrecorded song); one their choice and another Simon Fuller’s choice.

Judge’s comments on “I Can’t Help Falling In Love” :  Harry – “Jena, so I can very clearly hear the influence on this song, that you have probably listened to other performers and studied them.  What separates you from those other performers is you are able to set those influences aside.  It was absolutely beautiful Jena.”  Keith – “You did this song two weeks ago and it was so good you inspired someone else to do it.  That’s the mark of a true artist in my opinion.  Absolutely beautiful baby.”  Jennifer – “What I love about that song is your soul comes through, you’re so incredibly talented and when you sing that song it makes me want to do things I’ve never done before.  Again, the competition is so fierce tonight, tough job for America tonight I wouldn’t want to be in their position.  I love you, I think you’re amazing.”
Amanda Austin