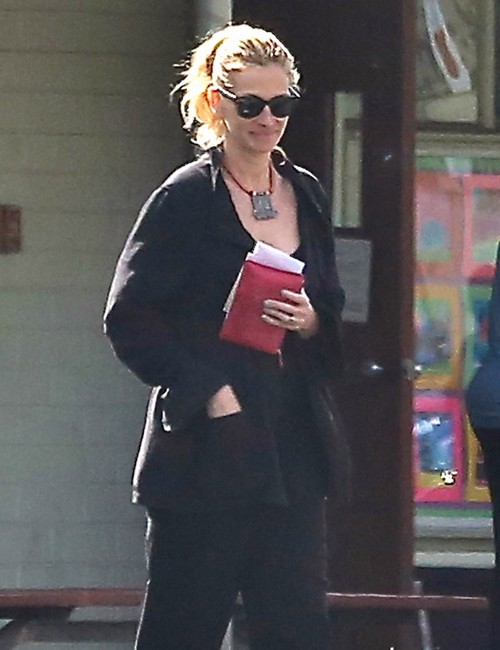 According to a new report, Julia Roberts is looking to steal Jennifer Aniston‘s style secrets. Um, why would she have to steal those? Can’t she just call and get them?

Anyway, RadarOnline’s source explains, “Julia has developed a bit of an obsession with Jennifer, especially in the looks department. They are close in age and now Julia wants a makeover along the lines of what Jen has had in the last year and to get same raves on the red carpet as her fellow A-list star.”

Apparently, Julia has been calling Jennifer’s entire team, including her hairstylist and makeup artist, to get advice on how to get Jennifer’s ‘look’. But alas, this is apparently taboo in Hollywood, with the source adding, “It’s not a cool move to try to raid Jen’s ‘style cabinet’ for all their secrets for how they keep Jen looking so cool and current.”

Again, why is it such a big deal that Julia would want to use Jennifer’s team? The report makes a big deal of Jennifer’s team being very ‘loyal’ to her, but what would that have to do with helping someone else out? I guess you could maybe see that it would infringe on their time with Jennifer if they added another client, but couldn’t they just give her the ‘beauty secrets’ and be done with it? I don’t think any of it is actually a secret, considering Jennifer’s been pretty open about her beauty regime. Her hairstylist and her makeup artist have both given interviews to publications on the work they do on Jennifer, so I don’t see the big difference in giving Julia Roberts the same information.

Also, I think Julia has other things to worry about that are far more important than makeup or hair. Her half-sister just died and she seemed pretty fragile at the Oscars, and I doubt Jennifer Aniston’s beauty secrets are anywhere at the top of her mind right now.