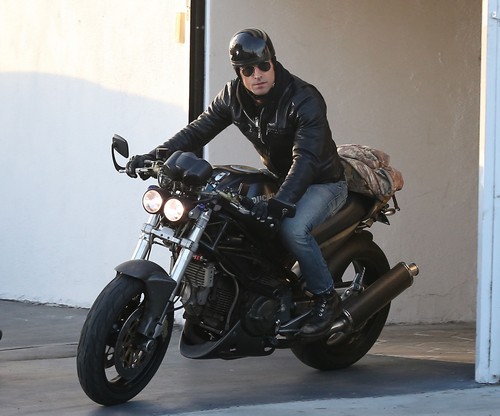 Where there’s smoke, there’s fire – both in nature and in Hollywood. Jennifer Aniston and Justin Theroux might be fine – truly. But according to the rumor mill, they’re just moments away from breaking up permanently. The biggest reason for this, according to Star Magazine, is that Jennifer and Justin haven’t seen each other for ‘fifty days‘. While that’s normal for a couple who’s working on opposite ends of the country, both Jennifer and Justin do have the resources and time to visit each other if they really want to.

Apparently, Justin has been in New York filming The Leftovers and Jennifer has yet to visit him in New York, marking almost two months since they last spent time together. See, I was all ready to buy this if it wasn’t for the fact that Justin was actually spotted in Los Angeles earlier this week. Sure, he and Jennifer haven’t been doing any more of their paparazzi photo ops lately, but that doesn’t mean anything. They could be biding their time before they make an appearance together, or they could even be waiting for the Oscars. I mean, they’re both in town, so why not?

But anyway, Star refuses to acknowledge any of this, and their story claims that in Justin’s absence, Jennifer has been flirting away. Star’s source states, “Jennifer has been flirting with the friends of Courteney Cox’s boyfriend, Johnny McDaid. Jen’s always at Courteney’s house, where every night is a jam session with Johnny and his buddies. A few of the guys have hit on her, and she flirts right back. She’s having a blast.”

Considering that Jennifer and Justin actually do seem to be spending very little time together, I’m not surprised to hear that Jennifer has been flirting with other men – but is that so wrong? There’s nothing wrong with a little flirtation, unless that leads to something more.

What do you guys think? Do you think we’ll see Jennifer and Justin together at the Oscars? Let us know your thoughts in the comments.