Jennifer Aniston Desperate For An Oscar – Choosing Only Academy-Awards-Bait Films? 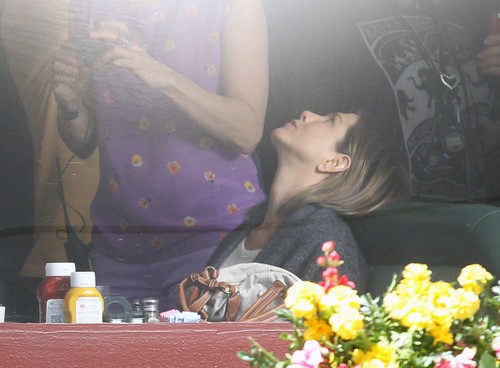 The tabloids are a bit slow on the uptake, aren’t they? It’s been a few weeks since Jennifer Aniston started filming Cake, an intense awards-baity drama that requires Jennifer to dress down and display a prominent scar on her face.

The film’s plot focuses on a grieving mother, obviously played by Jennifer, in the aftermath of a terrible accident. She finds an ‘unlikely source of inspiration’ while trying to recover from the accident and the pain caused by it. Basically, it’s like Oscar bait 101. You got a famous and beautiful actress trying to ugly herself up – check. Intense drama with high emotions [in the aftermath of a tragedy, no less] – check. A strong cast – check.

Now, all Jennifer needs is a good movie to back her up, and she might actually have her first Oscar in the bag. Of course, OK! Magazine’s latest report might not be completely accurate, since they claim that Jennifer’s choosing her roles solely based on their ability to grant her an Oscar.

A source even explains, “Taking a page from the playbook of gorgeous actresses and hunky actors who’ve been willing to look bad for serious, Oscar-winning roles, Jen is temporarily turning in her membership card to the flaxen-haired, ever-adorable club to go drab and dowdy.”

Um, Jennifer picks most of her roles because of the money offered. You think Horrible Bosses and We’re The Millers were Oscar bait? No, she got paid a ton of money for those films, and she’ll continue doing comedies for as long as they keep giving her the money to do them.

However, in between all those comedies, don’t be surprised to see her jump back into the indie world, which is where she began her film career.