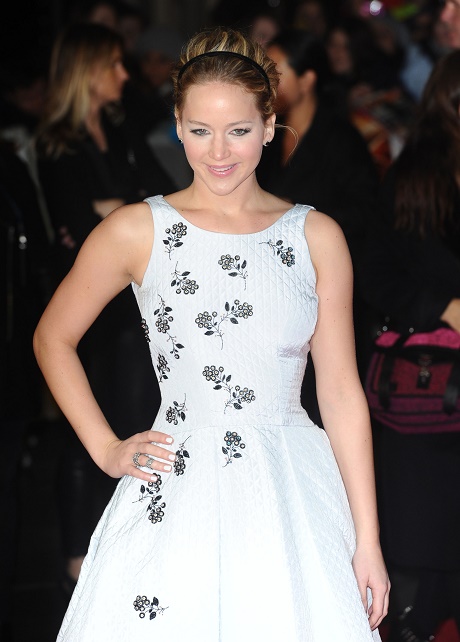 The Jennifer Lawrence promotional tour has kicked off, just in time for the release of The Hunger Games: Mockingjay Part 1 in two weeks. As usual, Jennifer is endlessly quotable, but there’s a specific soundbite from her BBC1 Radio interview that has been getting a lot of replay.

When asked about her participation in social media, Jennifer Lawrence reportedly said, “I will never get Twitter. I’m not very good on phone or technology. I cannot really keep up with emails so the idea of Twitter is so unthinkable to me.”

Seriously, good for her! Jennifer Lawrence is PROOF that you don’t need social media to get to the top of Hollywood, just a lot of talent, hard work, and a little bit of media manipulation. The thing is, no matter how much her aw-shucks demeanor fools the public, that girl knows the fame game like the back of her hand. She knows when to over-do it, and she knows when to disappear.

Even after the nude photo scandal and the consecutive Oscar nominations and everything else that has landed her in the spotlight, she has miraculously managed to escape the bulk of the backlash. And she’s done it not with grace or charm, but a calculated practicality that is almost refreshing in Hollywood. She knows what she needs to do to stay at the top, and she’ll do it. And she knows she doesn’t need to join Twitter, so she won’t join Twitter. Seriously, more celebrities can take a page out of her book and keep their unwanted, often-idiotic thoughts to themselves.